About 88 thousand of internet sites are blocked!

İlden Dirini from Alternative Information Foundation made a presentation under the title of ‘Information Technologies we use are abused by companies and governments; our security and privacy is under danger.’ at ‘Internet People Meeting’. 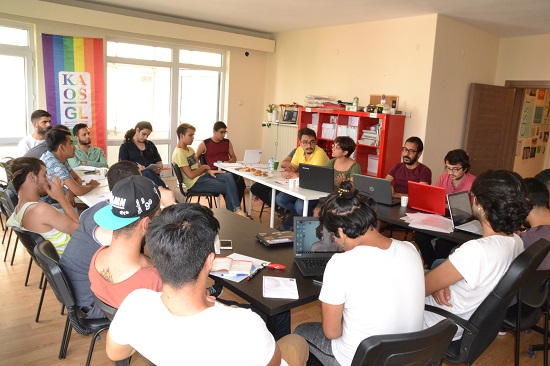 İlden Dirini from Alternative Information Foundation made a presentation under the title of “Information Technologies we use are abused by companies and governments; our security and privacy is under danger.” at “Internet People Meeting”.

Dirini, talked about both the works of their foundation and the surveillance, censorship and profiling policies on internet to 26 LGBTI and internet activists gathered in Civil Society in the Penal System hall from 13 cities.

From “Don’t Touch My Internet” protests to the present…

Reminding that Turkey is making mass surveillance and profiling, Dirini also mentioned “Don’t Touch My Internet” protests made simultaneously in 30 cities of Turkey in 2011. She reminded that the protests made against Draft of Procedures and Principles on Secure Use of Internet prepared by Information Technologies and Communication Institution, were one of the widest internet marches. “From that day to this, censorship has been centered on our lives.” she added.

Emphasizing that some contents could be blocked by URL based blockings, summed up the status quo by saying, “A text is submitted to Twitter, for example, and the required content is blocked immediately. Objection process to this is unbelievably long and difficult.”

Later on in her presentation, Dirini talked about Disabled Web which was founded in 2008 in order to reveal the size of the censorship on internet:

“According to Denied Web which lists web sites barred to access, IP addresses and URL/object-based access denials with details, there are 87.623 denial claims. These figures are only the reported ones. We cannot access the whole list as Telecommunications Communication Presidency (TİB) stopped informing public opinion after May 2009 however it published statistics about access denials before. Because no affirmative answers were got from the appeals made to TİB as part of Right to Information Act, the plea made is still proceeding in State Council.”

Internet infrastructure is under government control 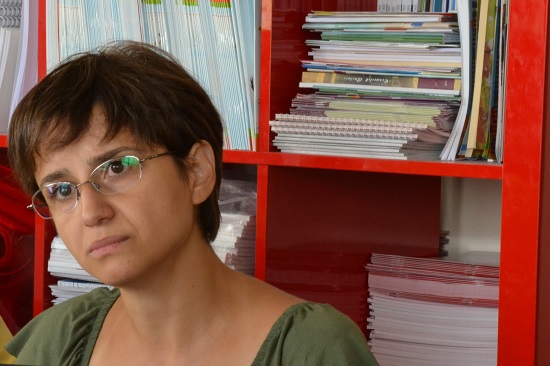 Stating that untraceable number of web sites were blocked in last 2 years in Turkey, Dirini said that, “Turkey uses all kinds of surveillance and censoring softwares on world. %95 of internet and phone infrastructure is in power of Türk Telekom. Infrastructure is completely under government control. The ones who want to provide service through infrastructure has to pay serious amounts. Whatever firm you use, connection is made through Türk Telekom.”

How can we get over the censorship and surveillance?

Dirini talked about the Kem Gözlere Şiş (Skewers to the Evil Eyes) project, concerning the ways to get over the censorship and surveillance.

After her statement, “Abuse of information technologies we use at any moment in daily life, by companies and governments; unconscious practice of users, threatens the security of our personal data and privacy.” Dirini continued her speech:

“Legal gaps, companies’ greedy, unethical and unlawful attitudes, governments’ oppressive and paranoiac security policies against their citizens extends the size of digital surveillance day by day. While companies see the data collected as meta to be sold, governments use the data to profile citizens in order to determine potential threats. In most instances, companies and governments collaborate in sharing of the information.”

Putting in that technology brings the solutions with itself, Dirini shared tips about getting rid of all this surveillance and censorship. She stated that protection of personal information became a growing movement in world. She talked about ‘Tor’ browsing system, advertisement blocking add-on Adblock edge and various Firefox and Google Chrome add-ons.

Reminding that filtration system is legitimated by saying “Your children are under threat”, Dirini said, “Civil initiatives struggled against this filtration system. Both street protests and legal struggle were carried out collectively. In this way, we did not just organized the biggest march of world but we also made them move into a filtration system different from the one they planned at first step.”

In the last event of the first day, “Feminist Priciples of the Internet” that was translated into Turkish by Kaos GL will be discussed.

*This event is supported by Swedish Development Agency (SIDA) as part of “Internet and Sexual Rights” project by APC which is partners with Kaos GL Foundation.

**This event was organized by Pembe Hayat and Kaos GL Foundations as part of the Don’t Hate Me Project, financially funded by European Instrument for Democracy and Human Rights.