“After the khutbah of Diyanet*, LGBTI+’s were shown as hostile on the media”

Kaos GL and Women for Women's Human Rights (WWHR)- New Ways held an online workshop to discuss the report "How did the Diyanet's khutbah reflect on the media?". 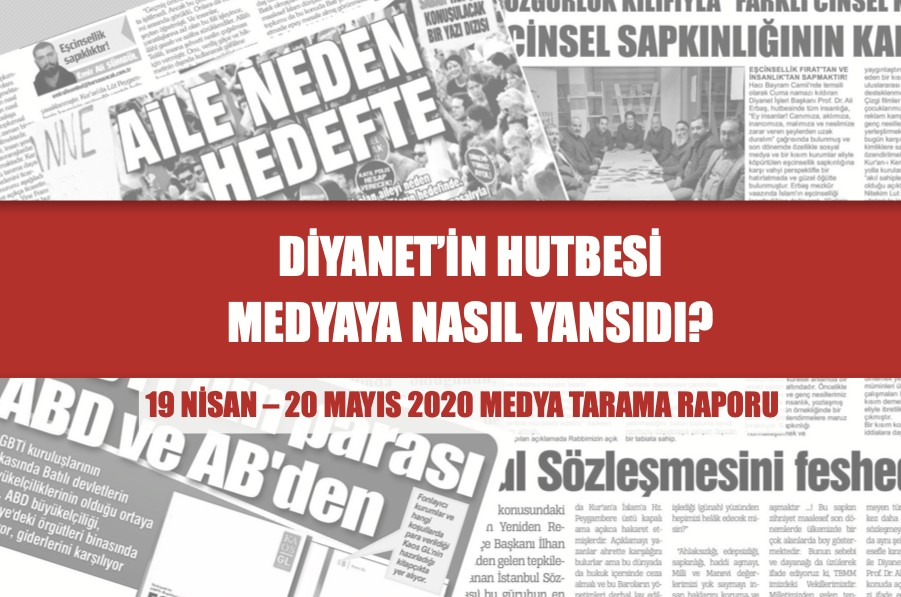 "Media" was the first of the online workshops, which are organized to identify and propose solutions to the problems in the field of gender and LGBTI+ rights on many issues, from media to law and activism to academia.

Journalists, writers, feminists and LGBTI+ activists attended the workshop, held via Zoom on October 22nd. The workshop, which was attended by 25 people, began with the presentation of Kaos GL's "How did Diyanet's Khutbah Reflect in the Media?" report. Idil Engindeniz, who prepared the report, explained the controversy in the printed press and media sparked by the Diyanet's khutbah.

Engindeniz reminded that the report was based on media monitoring data from April 19th-May 20th 2020.

“We observed that two issues related to LGBTI+, which are not usually the main topic in public opinion, became a public issue with the statements of senior political and official officials. One of these two is Love 101, which is being broadcasted on Netflix, a paid tv show and movie viewing platform, and the other is the statements of Diyanet's chairperson Ali Erbaş, who sees homosexuality and "adultery" as elements that need to be fought against. These issues were discussed within the scope of the two other dominant topics of the public agenda, the Istanbul Convention and the multi-bar debates, and were used as proof of the "danger" of the Convention to society and the "unacceptable attitudes" and "uncontrollableness" of the bar associations.

“When we look at the articles, we see that the subject is discussed mainly in speculative, baseless sentences. Conspiracy theories about everything can be easily circulated around an artificial "enemy" and anyone connected to or allegedly connected to it. Rather than rationality, we see a journalism that is intended to create instant, negative, strong emotions.”

Following Engindeniz's presentation, participants assessed the anti-LGBTI+ campaign in the media and, in relation, the Government's statements on LGBTI+'s.

**Outcomes of the workshop will be published on KaosGL.org as a separate report...