Attack to billboards of CHP in Ankara!

Unidentified persons attacked the billboards of CHP, including the one “Ethnicity, belief, disability, sexual orientation will be removed from being a disadvantage by law.” 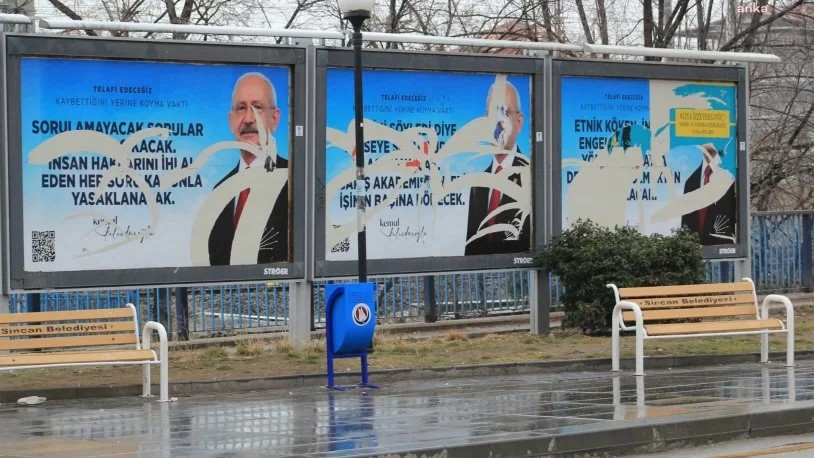 The billboard, in which a photo of CHP Chair Kemal Kılıçdaroğlu take place, and the others, written “We will compensate, it is time to replace your losses”, “’Unquestionable Issues Law’ will be introduced. All kind of questions violating human rights will be forbidden by law”, “Ethnicity, belief, disability, sexual orientation will be removed from being a disadvantage by law” on, were torn.

CHP Ankara MP Yıldırım Kaya reacted to the attack as follows: “They are tingling with fear. They do not bear even the first letter of opposition any more. Billboards of our party were damaged in Sincan. Can the truth be hidden? No, it cannot be hidden! No one can turn either our voice down, nor interrupt our expression! Winter is coming, Abbas is going…”

The billboards had been targeted before by the media

Following CHP Chair Kemal Kılıçdaroğlu’s video, in which he announced that the laws would be implemented in a way that would not put any citizen at a disadvantage due to their sexual orientation, posted on his Twitter account, the billboards, written “sexual orientation will be removed from being a disadvantage by law” on, were blocked up with homophobic hate speech by pro-government media.