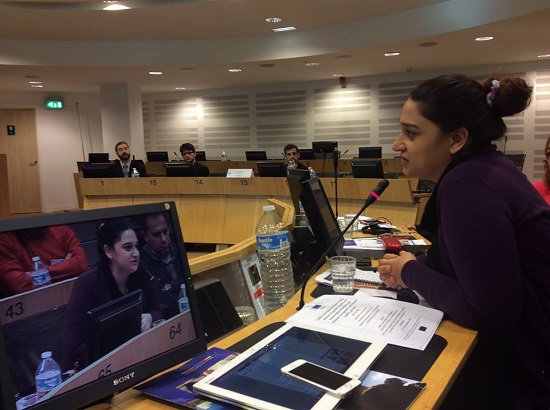 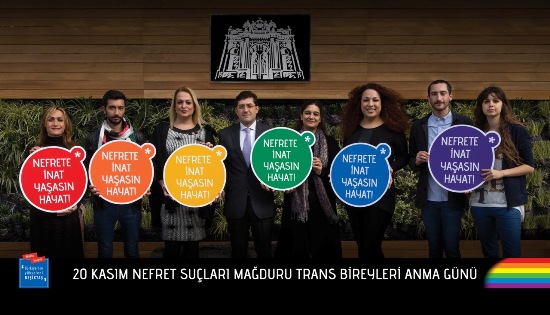 LGBTI activists together with the Mayor of Besiktas
Besiktas Municipality put up billboards with LGBTI activists carrying banners that read “just to spite hate, long live life” for the Trans Day of Remembrance (TDoR) on November 20. Cakmak recalled the message of the Municipality for TDoR: “Trans individuals cannot be forced to live deprived of their basic rights and freedoms. Don’t remain silent towards acts of hatred, don’t be part of the crime!”
LGBTI trainings for municipality staff
Following the seminar, Cakmak told kaosGL.org Besiktas Municipality’s plans for the upcoming period:
“First of all, we are planning a series of training for staff. We are planning to raise the awareness of staff on LGBTI rights and discrimination. Along with a general training, we will implement specific trainings for directorates. We are planning to implement specific trainings for directorates such as Directorate of Health and Directorate of Culture.”
Cakmak emphasized that they will continue their LGBTI work, stating their willingness to keep supporting events like Istanbul LGBTI Pride Week.
Translation: LGBTI News Turkey