The European Court of Human Rights has registered a case to decriminalise homosexuality in Northern Cyprus, the last place in the Council of Europe where being gay is a criminal offence. 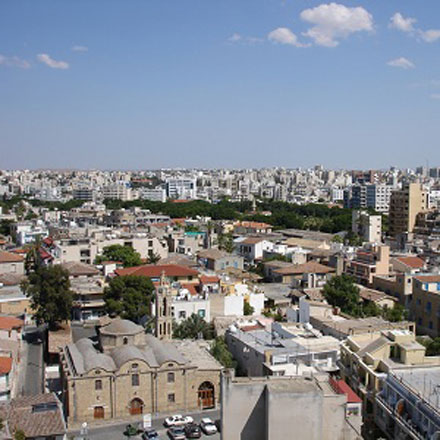 The European Court of Human Rights has registered a case to decriminalise homosexuality in Northern Cyprus, the last place in the Council of Europe where being gay is a criminal offence.
Cyprus was required by the court to decriminalise consensual sex between consenting adults in 1993, but Cyprus’ division has meant many of the island’s inherited British criminal laws – including the ban on homosexuality – remain in force in the North.
This is despite repeated assurances by government authorities that these laws that violate human rights law would be repealed. International human rights law protects identity which includes the right to a sexual identity. Therefore sexual activity in private between consensual adults is protected by human rights law.
The case is against Turkey, which is responsible for protecting and promoting human rights in the Turkish Republic of Northern Cyprus. It means that Turkey, which does not criminalise homosexuality, must now defend this British colonial legacy in Northern Cyprus. To protect the applicant the Court has ordered that his personal details must be kept confidential and that the case has been anonymised. The challenge asserts that his private and family life are violated by the existence of these laws. He also argues that the discrimination he suffers amounts to inhuman and degrading treatment. The case, H.Ç. vs Turkey, has been brought on behalf of the applicant by the Human Dignity Trust, an international organisation which uses law to decriminalise homosexuality across the globe.
Commenting today, human rights barrister and Chief Executive of the Human Dignity Trust Jonathan Cooper said: “We hope the court comes to a speedy resolution to this case. This law is archaic and damaging, violating international law and the rulings of the European Court of Human Rights. “Criminalisation of identity puts people beyond protection of the law. This is not an issue of gay rights but one of upholding universal human rights. More than 80 legal systems across the globe continue to criminalise homosexuality – almost half the countries in the world.”
The case is supported by the Northern Cyprus LGBTI organisation, Queer Cyprus. The legal team, led by Nigel Pleming QC, includes Northern Cyprus lawyer Oncel Polili and Tom Mountford. Instructing solicitors are international law firm Taylor Wessing LLP.
By Staff Writer
Source: http://www.pinknews.co.uk/2012/08/01/bid-to-decriminalise-gay-acts-in-northern-cyprus-at-european-court/