The Boğaziçi rainbow case has been adjourned to June 28th. The judicial control for students, which mandated daily signatures at a police station, has been lifted, but the ban on leaving the country still in force. 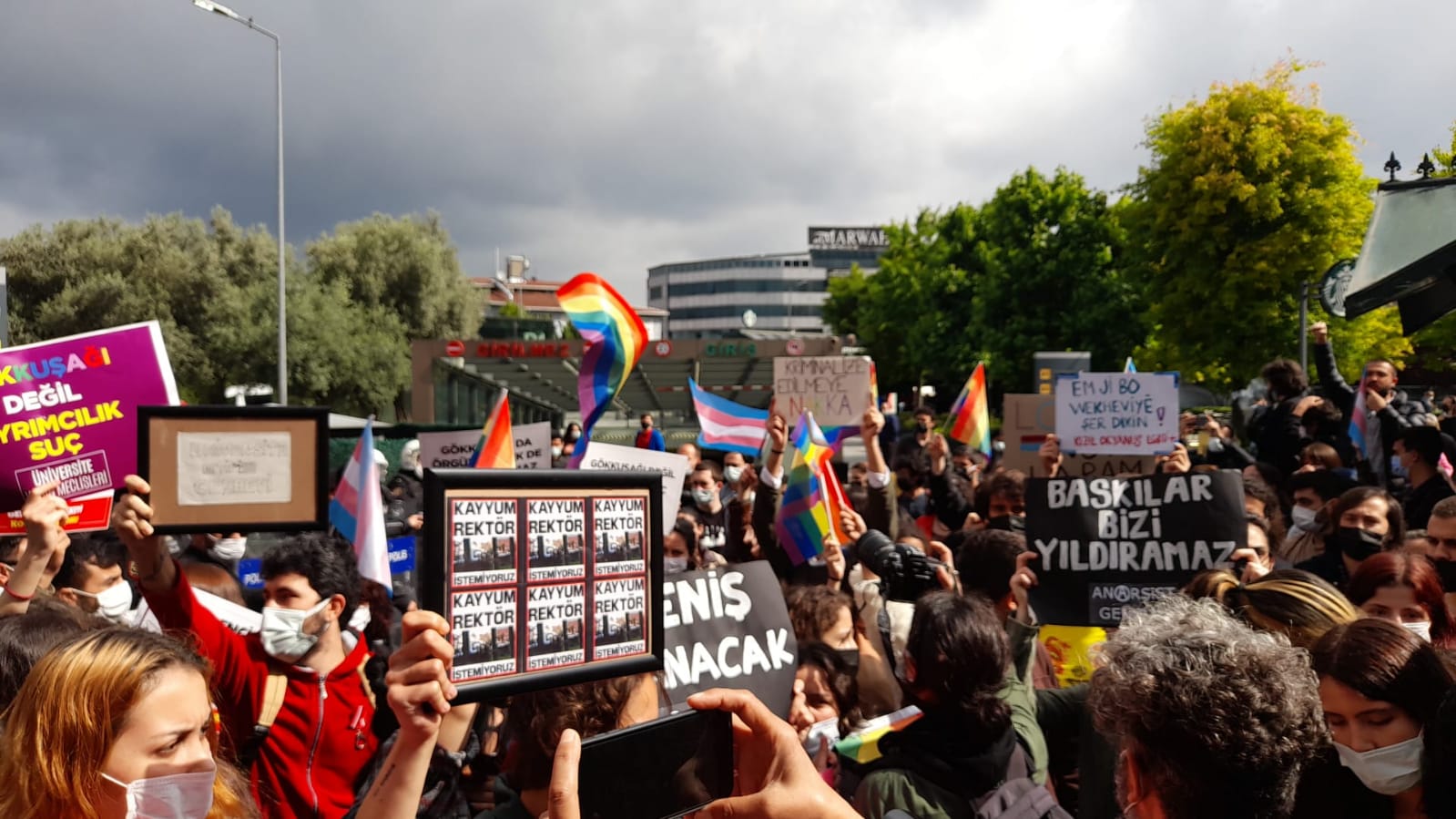 Statement before the hearing: The rainbow cannot be judged

The students gathered outside the Courthouse before the hearing and made a press release. "Rainbow will win", "Resistance will win" banners, rainbows and trans flags were carried during the statement, and the crowd often chanted "BULGBTİ+ is Our Honor".

The students read the press release despite the police blockade. "We will continue to shine with all our colors and drown the darkness that you are trying to set on us. Our existence cannot be banned, LGBTI+'s cannot be silenced and rainbows cannot be judged!" said the statement of Boğaziçi LGBTI+.

The press and observers were not allowed in the courtroom

The press and observers were not allowed in the courtroom. Only the defendant students and their lawyers were allowed into the hall. Press workers and observers tried to monitor the hearing through the door, which was left open.

Levent Pişkin, one of the students' lawyers, demanded the immediate acquittal of the defendants. The students on trial reiterated their acquittal requests and said they would make a statement at the next hearing if their request was not accepted.

Att. Pişkin reminded that their clients had been under judicial control for about 4 months and said, "Judicial control has now become a punishment", and demanded its removal.

The court partially agreed to lift the judicial control order. The student's daily signature controls were abolished and it was decided to continue the bans on going abroad.

What's in the indictment?