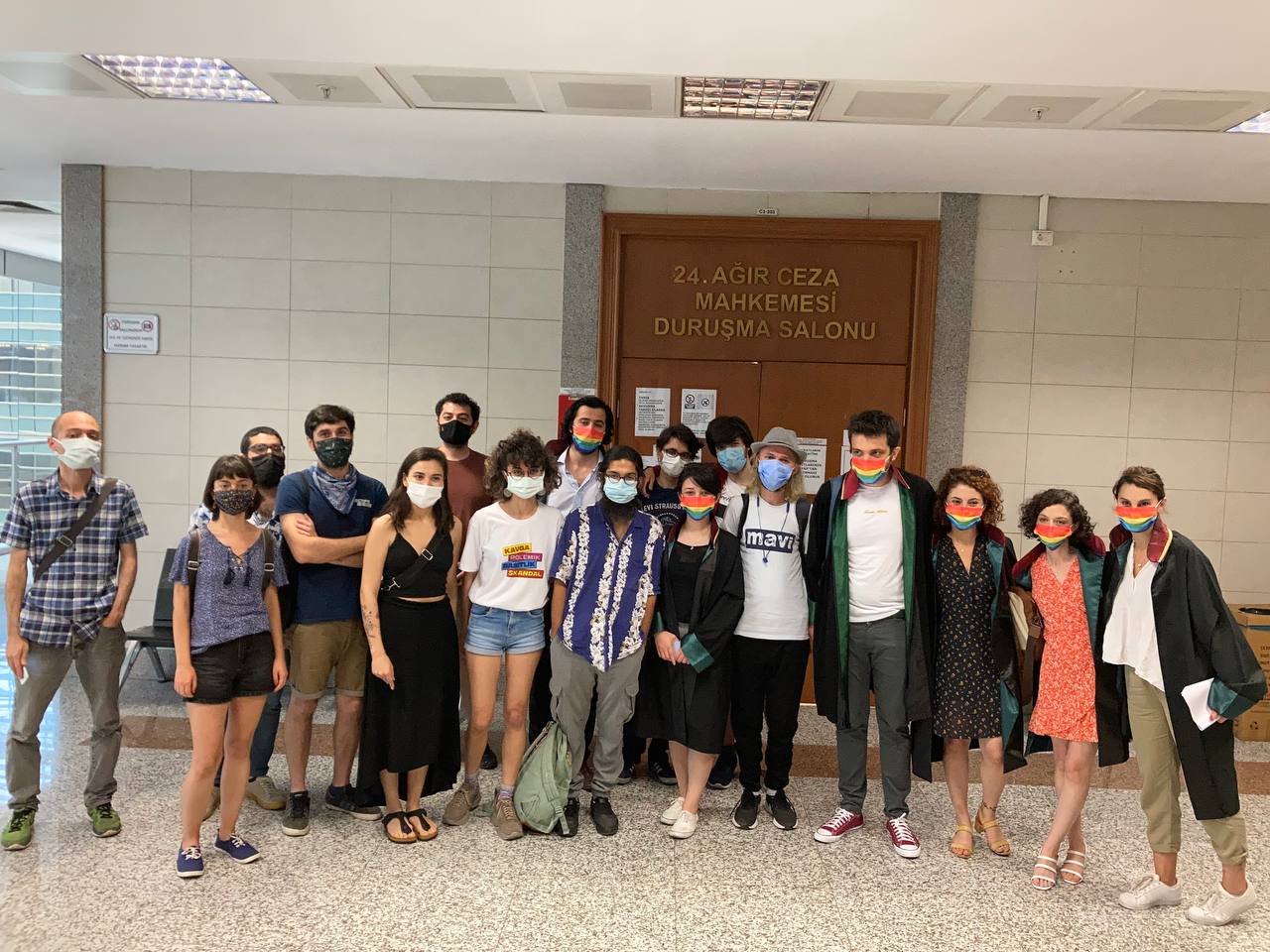 The second hearing of 12 people detained in front of the Boğaziçi University North Campus on the grounds of “violating the law on meetings and demonstrations” has been held on June 26th.

The trials are postponed to October 13th, travel ban against 12 students has been lifted.

Levent Pişkin, one of the attorneys of the students, said “We explained LGBTI+ rights, history and how the rainbow flag is not a criminal element. We requested immediate acquittal, saying the trials themselves are against the law. The judge listened, took notes but refused our request for immediate acquittal. But the trials are not lawful because a flag that is not specified as criminal is the subject of the trials. Even though a trial that was supposed to end with acquittal has been postponed, we expect acquittal in the incoming trial”.

Four students were detained in the Hisarüstüstu Neighborhood of İstanbul, where campuses of Boğaziçi University are located, on the grounds that they were "carrying an LGBTI+ flag".

There was an ongoing disciplinary investigation against a student who carried an LGBTI+ flag during the protests against the appointment of a rector to the Boğaziçi University, and other students wanted to support the student under investigation.

N.D., who raised a rainbow flag during protests attacked by police on February 1, was targeted by a disciplinary investigation that says "you went upstairs and waved the LGBTI+ flag". N.D. was to give their statement in the scope of the investigation on March 25.

What's in the indictment?