Bulent the Intersex: We Need a Law!

Bulent Coskun, who lives in northern city of Duzce as an intersex person, told their problems to Gulden Aydin from the daily newspaper Hurriyet. 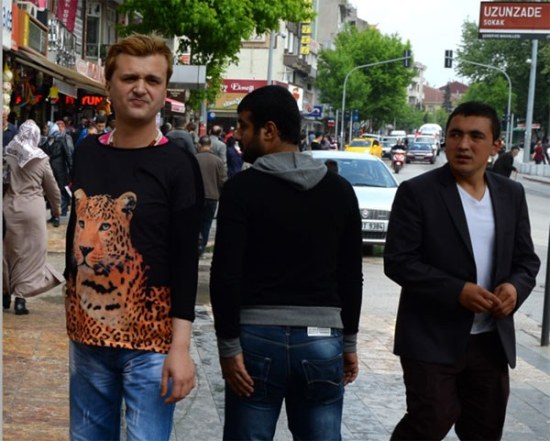 Bulent Coskun, who lives in northern city of Duzce as an intersex person, told their problems to Gulden Aydin from the daily newspaper Hurriyet.
*Translator’s Note: While our project aims to offer verbatim translations of our original sources, certain linguistic differences between Turkish and English present challenges. Because Turkish does not have gender-specific pronouns and if the subject does not identify within the male-female binary, we translate the pronouns as “they.” Please note that words such as “hermaphrodite” and “dual-sexed” are direct translations of the original source, which are used for the term “intersex.”
Bulent Coskun is a hermaphrodite (dual-sexed), who lives in Cumayeri, Duzce. They cannot go out in public. They are constantly pointed at, made fun of and constantly harassed. As if that is not enough, people want to stone and burn Bulent’s house. Bulent is a victim of hate crimes.
Bulent Coskun (34) was almost screaming on the phone. They were saying that society was punishing them for being a dual-sexed individual and was asking assistance. When we met in Duzce town center, all eyes were immediately set on Bulent who has elements of both man and woman in their body and clothes. Cars in traffic were stopping; people were pointing, laughing and looking at the “freak.” Where Bulent was verging on tears, we were almost choking. It was impossible to sit in a café and conduct the interview there; we had to go to their cottage.
A man after six surgeries
Bulent comes from a family of farmers. Their parents are cousins. They were born dual-sexed following the birth of their two elder sisters. Their father was determined to turn Bulent into a man, so they made Bulent go through six separate and painful surgeries in which Bulent’s vagina was sealed and their urinary tract connected to the penis. However, the surgeries were not successful. They ran away after the same doctor told them that 8 more surgeries had to be performed. Bulent’s life was a living hell due to the botched surgeries performed on them until 2012. Although, they could not urinate for 15 hours, Bulent was supposedly a man.
Thank God for Verimli
“I went home and said to my mom, ‘what did you turn me into?’ I was depressed. I ran away and came to Istanbul. I sought out the head doctor of Bakirkoy Mental Hospital, the psychiatrist Prof. Dr. Arif Verimli. I told him everything and he treated me. After a year, I made my father visit him. They spoke in private. After that day my father understood me and did not put any more pressure on me. Arif Verimli saved me. Thank God for him.”
I am at peace with both of my genitals
“Last December, I visited Prof. Melih Coban at the Kocaeli Research Hospital. I told him that I wanted my God given female organs back. He said ‘it is hard but we will give it a try.’ I went through three surgeries, the last being on April 25 and I gained my womanhood back. The doctor said ‘you are close to being a woman; you would make a beautiful one.’ I do not doubt my womanliness, but I am at peace with my male genitalia as well, so I rejected his offer.”
Who will clean my body when I die?
“The government should teach what dual-sexed means at schools. Religious Affairs should make it the subject of imam’s sermons. Those who degrade us should be punished. The government issued a report saying I was 61% disabled. I cannot work within the handicapped contingent. They would harass me and hurt me. Will men or women clean my body when I die? I want to go to Mecca before I die but will I have to cover my hair the way a woman does or keep it open like a man?”
Translation: LGBTI News Turkey