BÜLGBTI+: “An apparent case of physical violence, a serious threat to our living space”

Stickers on the door of the Boğaziçi University LGBTI+ Studies Club (BÜLGBTI+) were ripped off, BÜLGBTI+ made an announcement on the issue. 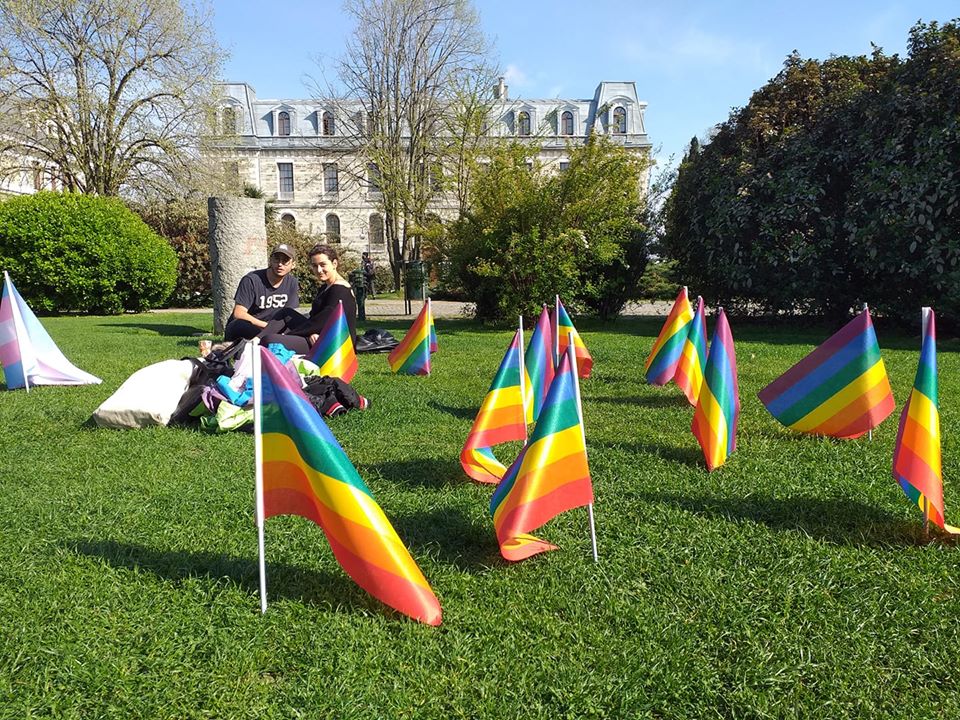 Boğaziçi University LGBTI+ Studies Club (BÜLGBTİ+) announced the stickers on the door of the club room were ripped off. Stating that LGBTI+ themed stickers from 2020 Pride Week were scraped off violently,  the Club says this incident is both an apparent case of physical violence and a serious threat to their living space.

The whole statement of BÜLGBTI+, titled “Get used to it, we are here, we are not leaving”, is as follows:

“LGBTI+ phobia, which was already on the rise during the first trustee period, expanded and fed by impunity as our posters were ruptured and damaged.

“It is clear that this incident of the new trustee period is the result of the pressure and phobia environment created by the attacks to our safe areas by undercover cops who have been on our campus for a long time and the police who blockaded the whole neighborhood around the campus. At this point, what happened last night can be considered as a preliminary example of the future behavior of the new trustee management.

“In short, this incident is both an apparent case of physical violence and a serious threat to our living space. We do not accept this brutal attack on our club room, which constitutes a vital safe space for us!”