Call for Papers: International Conference on Men and Masculinities

The ‘1st International Conference on Men and Masculinities’ will be held in Izmir on 11-13 September. 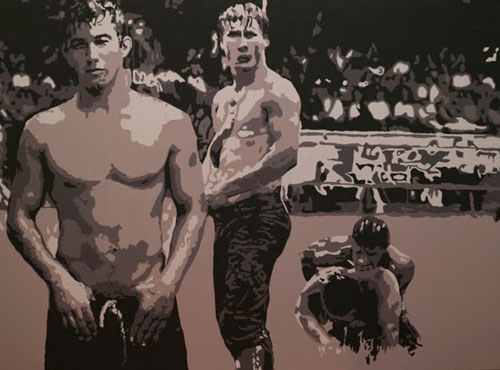 Initiative for Critical Studies of Masculinities (ICSM), in collaboration with Center for the Study of Men and Masculinities at Stony Brook University, Ankara University Women’s Studies Centre(KASAUM) and Izmir University Women’s Studies Centre is going to organize the “1st International Conference on Men and Masculinities” in Izmir on 11-13 September.
Wrestling Area / Murat Tosyalı
The aim of the conference is announced as “to discuss theories, narratives, experiences, discourses, and activisms related to transformations of and challenges to men and masculinities with a particular focus on the Global Southern and Eastern European contexts.”
The symposium invites proposals with the following statement:
“Various phenomena such as globalisation and reconfigurations of nation states/nationalisms; identity politics; new social movements and political activism; rise in digital technology and the new social media; and the influence of postmodern and queer theory have changed and challenged men’s lives and masculinities in distinct ways. Yet there is little consensus on how to characterise transformations caused by such phenomena. We are seeking to explore issues related to such transformations with their political, economic, social and cultural implications for men and masculinities. We are also interested in addressing issues concerning methodologies, scope and conceptual boundaries of the critical studies of men and masculinities that need rethinking in light of these changes and developments.”
The frame of the proposals for the symposium include:
Confirmed keynote speakers include Michael Kimmel, Jeff Hearn, Elijah C. Nealy and Serpil Sancar. Following the conference, a selection of papers will be published in a special issue of the Masculinities: A Journal of Identity and Culture.
Detailed information can be found in the symposium website.