Call from Kaos GL to the Feminist Movement

Kaos GL is inviting all to share common experiences of various conservatism aspects in Turkey, the Mediterranean and the Middle East and to create a discourse from a joint platform. 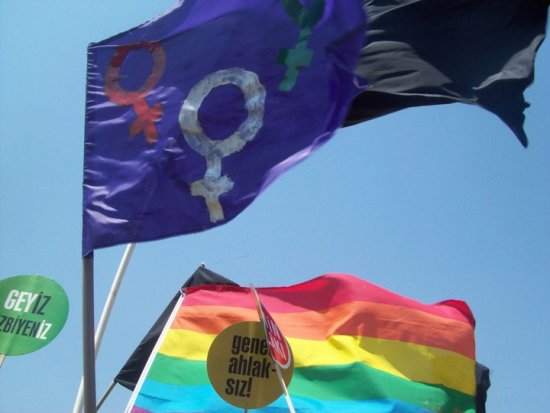 Kaos GL is inviting all to share common experiences of various conservatism aspects in Turkey, the Mediterranean and the Middle East and to create a discourse from a joint platform.
Feminist Forums, organized by Kaos GL as a part of International Meetings Against Homophobia (in dedication to IDAHO events around the world) since 2006, is turning into an international forum in 2012.
Kaos GL, the host of the Forum on the dates of March 10-11, has declared the following call.  Prof. Dr. Simten Coşar from Kaos GL Advisory Board has prepared the call of “Looking at what we’ve done, how we’ve have done it, and where we’ve have located ourselves in the midst of the conservatization process”.
In the Feminist Forum, Kaos GL aims to discuss how the feminist movements are locating themselves in political structures which are rapidly getting conservative, how they locate themselves at where they are located and how they interact with conservative decision-making mechanisms.
Here is the call prepared by Prof. Dr. Simten Coşar, from Başkent University - Dept. of Political Science and International Relations:

Looking at what we’ve done, how we’ve have done it, and where we’ve have located ourselves in the midst of the conservatization process
“Social and political conservatism have gained visibility in different forms and dimensions not only in Turkey but also throughout the world in the last decade. What makes the case interesting is that this conservatism works though certain version of liberalism.
In this state of affairs, conservative decision makers, speaking from within the conservative societal dynamics “tolerate” the demands for identity-based rights with reference to liberal doctrine of individual liberties!
In this state of affairs, identity-based demands are recognized in terms of the communitarian structures, yet the possibilities for the emergence of a political formation are preempted
In this state of affairs, political claims that resist to be locked into institutional power structures are easily relegated to the civil societal sphere, which is, in turn, locked in to the free market..
In this state of affairs, the rights-based demands are articulated into the reproduction of conservative societal dynamics.
In other words:
Violence is individualized.
The LGBT’s state of being is not rejected outwardly; it is rather pushed to invisibility.
The women’s rights are restricted with the familial sphere.
The citizens’ rights are read within the familial sphere.
In this year’s Feminist Forum, we would like to reflect on the whereabouts of feminist movements within the ever conservatizing political structures; how do the feminist movements locate themselves in these structures; how do they (dis)connect with the conservative decision-making bodies.  In doing so, we would like to interrogate the prioritization of certain issues at the expense of certain other issues.
In brief, we would like to call feminist formations in Turkey, in the Mediterranean and in the Middle East to consider different facets of conservatism, to share their experiences and to involve in the creation of a collective discursive stance in facing with the conservatization process.”
http://kaosgl.org/page.php?id=10492
International Feminist Forum by Kaos GL