CHP and HDP which support LGBTI rights got into parliament

Results of election: AKP have come to power alone, CHP and HDP which support LGBTI rights got into parliament. 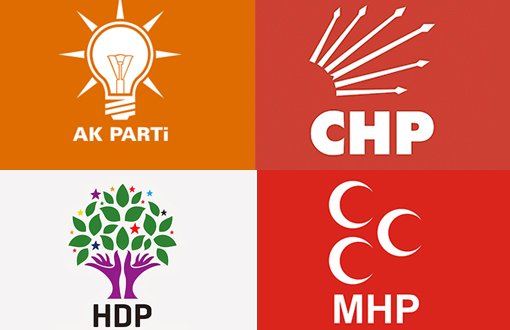 Results of election: AKP have come to power alone, CHP and HDP which support LGBTI rights got into parliament.

What about LGBTI rights in parliament?

According to results, the two parties who promised to fight against to discrimination on sexual orientation and gender identity is going to be in parliament.

Before elections, while in HDP and CHP’s declaration fight against to discrimination on sexual orientation and gender identity was mentioned, yet AKP and MHP ignored it, again.

Number of women MPs has come down

On 1th November, 32 women MPs got into parliament from AKP, while 21 women managed to do it from CHP. 19 women MPs from HDP, 3 from MHP were able to elected, barely. According to those results, in the 550-member parliament, women MPs cover 15 percent of it approximately. On 7th June, 41 from AKP, 31 from HDP, 22 from CHP and 4 MPs from MHP were got into the parliament, and women representation rate was 18 percent.

Prime Minister Ahmet Davutoğlu who watched elections in his hometown Konya, went to Ankara with high-speed train after he had got the results. Davutoğlu who had done ‘’balcony speech’’ at the AKP headquarter, he called for ‘’new constitution’’. After showing appreciation to President Recep Tayyip Erdoğan, he continued his speech by saying ‘’We will be in here till doomsday’’:

Kılıçdaroğlu: If power steps up onto law, it turns to oppression

Chairman of CHP Kemal Kılıçdaroğlu, in his first consideration, he said that the responsibility of CHP has risen and he has mentioned that they are respectful to national will even though election was held in spite of extraordinary conditions.

‘’The ones in power represent power while conscience of society represents the law. If power steps up onto law, it turns to oppression. It hurts our democracy. The power has to get to know the supremacy of law.’’

Devlet Bahçeli, Chairman of MHP, refuted all resignation rumors in his statement. Bahçeli said ‘’Rather than a victory of AKP, there is a social structure which is terrified, disquiet by suicide bombs, dissuaded by economic issues, restrained wills by anti-democratic practices and it’s all clear to the core.’’

Yüksekdağ: Election works against the wind

Co-Presidents’ of HDP, Figen Yüksekdağ and Selahattin Demirtaş, meet with press in HDP headquarter. By reminding the process of abnormal condition of policy, she continued:

‘’ In the representation scene we see today, HDP did the hardest election process in other parties. In other words, it’s an election we participated in unusual and unequal conditions. On 7th June, HDP again worked in an atmosphere of oppression and political blockade. Those oppressions have risen until 1th November. So to speak, we carry out our election works against the wind.’’

After drawing attention to deaths and attacks after 7th June, Yüksekdağ said ‘’258 civil citizen passed away in 5 month time course, 33 of them were children. The majority was in the regions of conflict. Again, in this period of time, citizens passed away in Ankara and Suruç bombings. We had to work in spite of all attacks and operations to our organizations, headquarters and friends. 190 party headquarters have been burnt down, we were tried to be lynched.’’

Yüksekdağ who remarked the AKP’s works to pull HDP below to the election threshold, she said they are going to self-criticize and added: ‘’I need to state it clearly; it’s a victory for our nation that we achieved in these tough conditions. An election in which voting for HDP means putting head in the lion’s mouth, it’s a victory for those who insist on democracy.’’

Demirtaş: Without any campaign, we achieved ten percent

‘’It was not a free, equal election. We are in the middle of doomsday. We achieved ten percent of the votes without any campaign. HDP did not perform any campaign, we just tried to protect people against the massacres. The percentage we get is not because of campaigns, it’s because of nations who connected each other in ordinance, belief and party.

‘’In the forthcoming days, we are going to blast away the things which delays the big achievement of HDP. Arena is not only parliament but also workplaces, fields, squares, everywhere.’’

President Recep Tayyip Erdoğan made a written statement on the official website of presidency. Erdoğan who congratulated Prime Minister Davutoğlu, said ‘’The results represent the people’s disapproval to second and third parties on irreconcilable and revanchist attitudes they showed at the 7th June election.’’

Erdoğan who said ‘’Our valuable nation declared their preference of policy on service, project, vision, not on exploitation and arguments’’ criticized opposing parties and repeated 2023 aim.