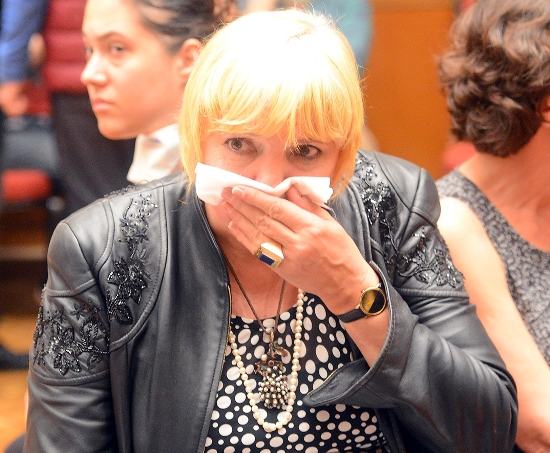 German Green Party co-chair Claudia Roth and European Parliament Chair of the Subcommittee on Human Rights Barbara Lochbihler held a meeting in Ankara to gather information about the Gezi Park protests. Also present were representatives from the Turkish Union of Bar Assoications (TBB), the Ankara Chamber of Medicine, the Chamber of Architects, the Human Rights Association and Kaos GL. The meeting aimed to evaluate police violence and the government’s oppressive policies over the past several weeks of unrest across Turkey.
Claudia Roth was affected by tear gas thrown by police into the Divan Otel in Istanbul.
“The scariest moments of my life”
Exposed to tear gas in Istanbul, Roth warned the government about polarizing Turkish society in these “dangerous and democratic times”. The German Green Party co-chair described what she experienced in Taksim as “the scariest moments of her life.”
Kaos GL’s Media Coordinator Ömer Akpınar pointed to how the mainstream media in Turkish had turned a blind eye to police violence, and to the misinformation given to the public by Prime Minister Recep Tayyip Erdoğan and his party. Akpınar said feminists, anti-militarists and LGBTI people in the protests stood firmly against his rhetoric, which effectively ignored the diversity of Turkish society. 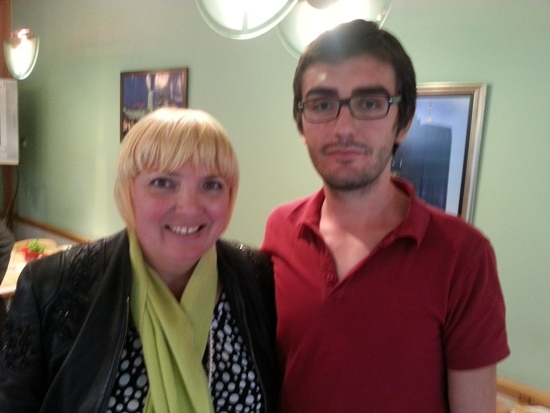 Claudia Roth and Ömer Akpınar.
TBB President and lawyer Metin Feyzioğlu shared with Roth and Lochbihler the document on the Gezi Park protests that TBB presented to Turkish President Abdullah Gül. Feyzioğlu claimed tear gas cannons were being used like bullets by the police. He also condemned the Ankara Municipality for displaying a placard in Güvenpark where Ethem Sarısülük was shot to death by a policeman. It read: “The People of Ankara are Proud of Our Police”.

Ankara, Güvenpark.
“More than 7 thousand people injured!”
At the meeting, Ankara Chamber of Medicine General Secretary Dr. Selçuk Atalay spoke about how doctors and medical students worked voluntarily to help the injured. Unaware of the exact type of chemicals used by the police, Atalay said that more than 7 thousand people had been injured due to police violence. He stated that health personnel were also targeted, adding that a tear gas cannon had injured his arm. After hearing such stories, the German Green Party’s Claudia Roth struggled to hold back tears and said, “people shouldn’t be punished for acting in accordance with their hippocratic oath.”
Human Rights Association General President Öztürk Türkdoğan emphasized that the ruling Justice and Development Party had over the past two years contradicted its party program, and that Turkey had become a police state. Türkdoğan also said that his organization was preparing a comprehensive report on the human rights violations during Gezi Park protests.

Metin Feyzioğlu shares the document presented to President Gül by the TBB.
Architect interprets social polarization
Bülent Batuman, board member of the Chamber of Architects Ankara Branch Office, explained how gentrification and development has been used to polarize Turkish society. “It’s all about how you structure public space”, said Batuman, who added that he was concerned that police violence might soon increase.
Commenting on the destruction of nature and history, Roth used the example of the ancient city of Hasankeyf, and criticized Turkish intellectuals. “First, they said ‘it’s a Kurdish place’ and then they visited it and studied it as if it were a third world country”. Roth then urged people to defend human life from neo-liberal policies.
Edited by: Jayson McNamara.