Co-Mayor of Mardin: ‘Enslavement of society had started with marginalization of gays’

Co-Mayor of Mardin Metropolitan Municipality Februniye Akyol at the International Feminist Forum: ‘As a Syriac, I understand gays very well.’ 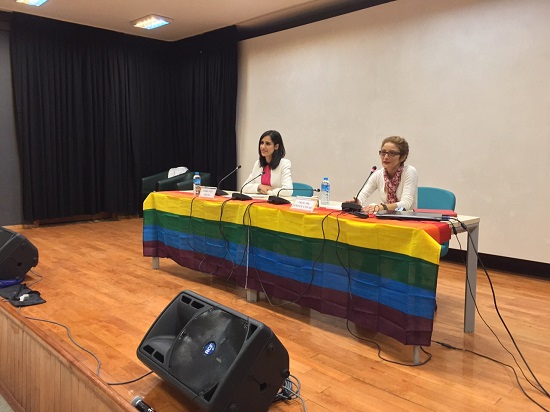 Co-Mayor of Mardin Metropolitan Municipality Februniye Akyol at the International Feminist Forum: “Enslavement of society had started with enslavement of women and marginalization of gays.”
The 4th International Feminist Forum held by Kaos GL Association focused on the questions “What is politics? What do political participation and representation mean for women and LGBT?” with the participation of Co-Mayor of Mardin Metropolitan Municipality Februniye Akyol.
The session was moderated by Prof. Dr. Simten Cosar, who pointed at the potential use of violence from state institutions and said: “While examining the work to be done to become political, we have to look at increasing conservatism and neo-liberal structures that go through it.”
“Politics is all about how people can live freely”
Following Cosar, Februniye Akyol started her political vision as follows:  “For us, politics is all about how people can live freely and happily. Although the [Turkish] Republic created some hope when it was first founded, that hope didn’t last long as the differences were not considered. We understand democracy as the means to make everyone live freely and happily with their own differences.” 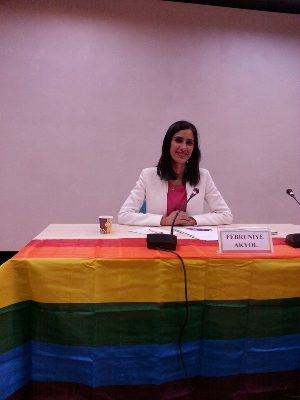 Akyol stated that enslavement of society had started with enslavement of women and marginalization of gays, and added: “The Middle East and Mesopotamia are places that exploitation is experienced the most but at the same time that is where women’s revolution and the highest form of resistance takes place.”
“Co-Mayorship means distributing authority to local”
The Co-Mayor of the southeastern city of Mardin explained the equal representation of men and women in Kurdish liberation movement as follows:
“People embraced our system of co-mayorship. However, we have conflicts with the system. Although co-mayorship is not officially recognized, we still implement it because of people’s support. What we mean by co-mayorship is not sharing the power, but distributing the authority to the local. As part of this work, we establish assemblies and put social work as our top priority.” 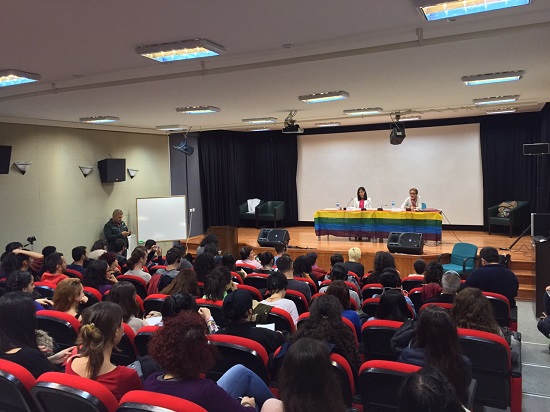 Akyol told that they established the Presidency of Women’s Chamber and identified women’s needs. According to her, women in Mardin need education, protection against violence and economic empowerment the most.
“As a Syriac, I understand gays very well”
Akyol also expressed her embarrassment due to a cancelled event to be held at Mardin Artuklu University by Kaos GL Association last year. Akyol said “I understand LGBTIs very well because I am a member of Syriac people who were subjected to genocide. For example, people ‘adopted’ me by cutting out the cross on my neck from election billboards. All these perceptions can only change if we tell about ourselves.”
Akyol’s pro-LGBTI statements drew hatred from Islamist daily Vahdet today, which criticized the Co-Mayor not considering the faith sensitivities of religious people in the city and “becoming so tolerant when it comes to perverts.”