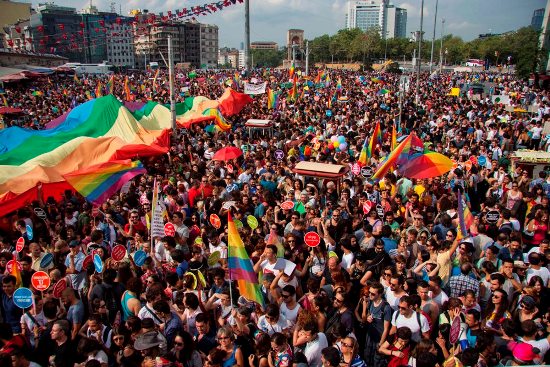 Conservative NGOs have released a statement attacking media organsations for their coverage of Istanbul Pride held June 30. Signed by 74 NGOs, the release claimed that Pride is “an attack on public morality and core values.”
The groups stated that the sharing of images, both in printed and online media, is irresponsible. The NGOs made the following statement:

“Images of pride participants are pornographic and against our values!”
“The photos of a little kid carrying a ‘General Immorality’ (Turkish for ‘Public morality’); a little boy carrying another banner; pornographic images of the participants; and the ease of access of these images by children and adolescents exposed to media is very worrying for our value system and the future of our children.”
“Morality determines the rules of cohabitation in a society and provides security. A challenge against public morality is a challenge against social values.
“The Press Release Institution established the rules of publishing through its Principles on Media Morality document, 1994. According to the Institution, media organazations cannot involve themselves in activities that could harm the development of the children and young people within society. 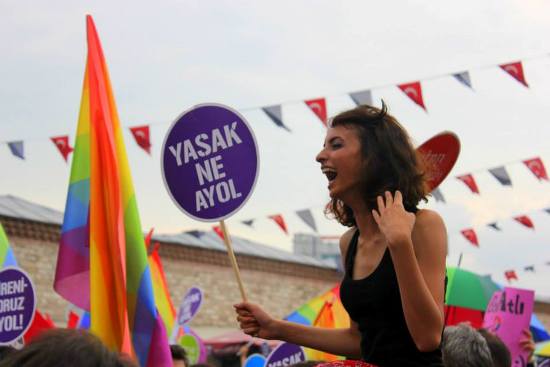 “Signatories of this statement strongly condemn the media organations which “irresponsibly shared photos of Pride online and in printed media, deeming it “an attack on public morality and our core values.”
Pınar Türenç, president of the Media Council, Turkey’s media regulator, rejected the demands and said  “such claims about morality should not be taken seriously,” adding that “a formal procedure will take place to follow up their complaint.”