Diplomats Playing Football in Support of the "Faggot Referee"

Participants of 4th Regional Network Meeting from 19 countries and international embassy staff in Ankara played a football match on March 15 to be in solidarity with Halil İbrahim Dinçdağ. 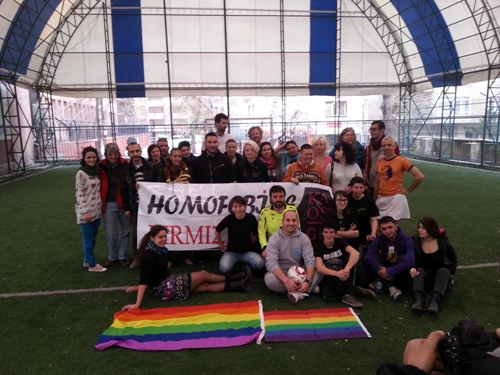 Participants of the 4th Regional Network Meeting from 19 countries and international embassy staff in Ankara played a football match on March 15 to be in solidarity with Halil İbrahim Dinçdağ, Turkey’s first openly gay referee, who has been waging a legal battle against the Turkish Football Federation for dropping him over his sexual orientation.
“Football is not the area of heterosexual men only; women, men, gay and lesbian people can enjoy football as well... There’s an obvious discrimination against Dinçdağ due to his sexual orientation. Not only LGBT (lesbian, gay, bisexual, transsexual) people, but also all football fans lent their support in this fight against discrimination,” Secretary General of Kaos GL Ali Erol told reporters before the match. One of the leading mainstream newspaper in Turkey, Hurriyet Daily News, made a wide coverage of the match with a special photo album. 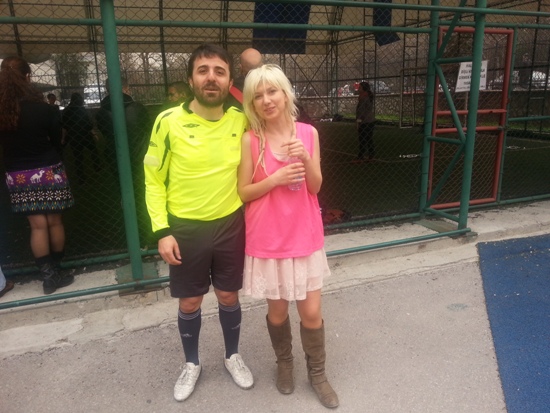 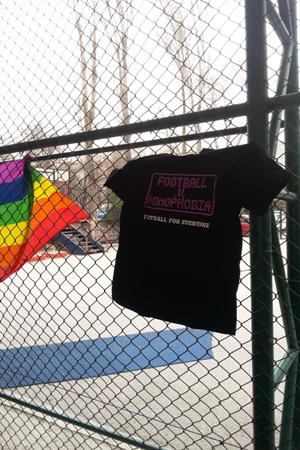 Dinçdağ’s Fight Against Homophobia at the Football Field
Dinçdağ has been fighting his legal battle against the federation for the past two years. The federation denied the referee’s accusations that he was dropped over his sexual orientation, citing his on-field performance instead.

An expert report submitted to the court admitted that the federation discriminated against him, and the federation is highly likely to be convicted in the May 21 hearing and forced to pay an indemnity, Dinçdağ said.