METU Rector Verşan Kök “justified” the cancellation of the spring festival as “due to LGBT, Marxist, radical leftist and HDP-partizan groups”. 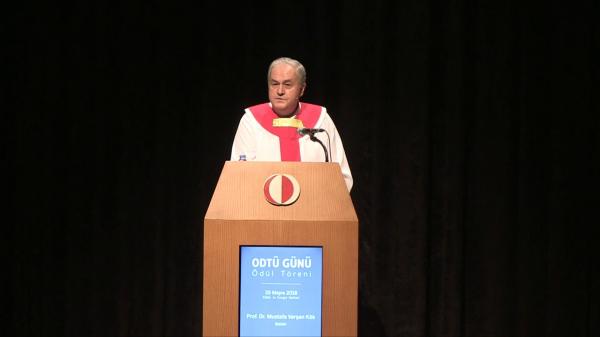 METU Rector Verşan Kök “justified” the cancellation of the spring festival as “due to LGBT, Marxist, radical leftist and HDP-partizan groups”.

Spring Festival, one of the most important traditions of Middle East Technical University, has been organized every year by International Youth Club (UGT) of the school. The festival lasting 4 days every year hosts many entertaining activities such as games, theatres, movie screenings and concerts at METU campus.

This year, the festival was planned to be organized 33th times. However, METU Rectorate has cancelled the festival by showing technical and administrative problems as a reason this year. Later on, with the initiation of students groups many artists indicated that they will support the festival by requesting no financial or technical support. Meanwhile, #ŞenliğineSahipÇık (claim your festival) hashtag became the top trending topic on twitter.

After the reactions on social media, Rector Verşan Kök made a statement: “After UGT had a meeting with student groups including LGBTs, Marxists, Radical lesfits and HDP partizans, they decided to cancel the festival.”

“As LGBTI+s, we are exposed to discriminative discourses again. We are attacked as if we are not students of this school. We have been here as METU LGBTI+ Solidarity for 23 years. We do not know who is bothered from us. Why does Verşan Kök target LGBTI+s? Since 2017, our activities have been banned by METU Administration. On the other hand, METU students and any other METU components protect us. Therefore, we believe that everyone will protect rainbow as one of the main parts of the festival.”

Ban at METU due to “the relation of rainbow-LGBT”