Eylul Cansin, a trans woman who ended her life in Istanbul, was commemorated in various cities in Turkey.

Eylul Cansin, a trans woman who ended her life in Istanbul, was commemorated in various cities in Turkey.
Istanbul
Eylul Cansin, a 22 year-old trans woman who committed suicide by jumping off the Bosphorus Bridge last Saturday, was commemorated in protests held in Ankara, Istanbul, Izmir and Kocaeli.
The banners “trans suicides are political” and “it’s a murder, not a suicide” carried the main message of the protests pointing at the background resulting in trans suicides. 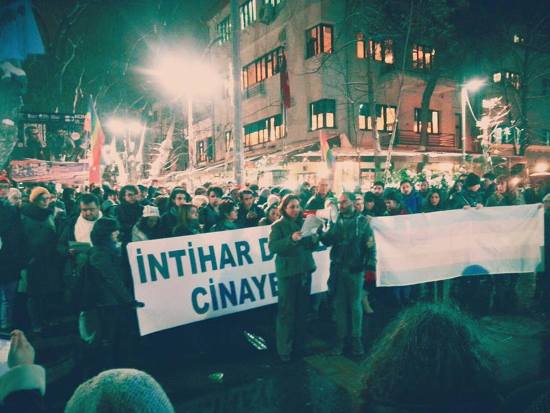 Ankara
The Ankara protest condemned police and gang violence which leave trans sex workers completely unprotected. In Istanbul, protesters slammed gangs making money on trans sex workers and inflicting violence on them.
The Izmır and Kocaeli protests drew attention to the social conditions for trans people emphasizing the issues of competition and employment. 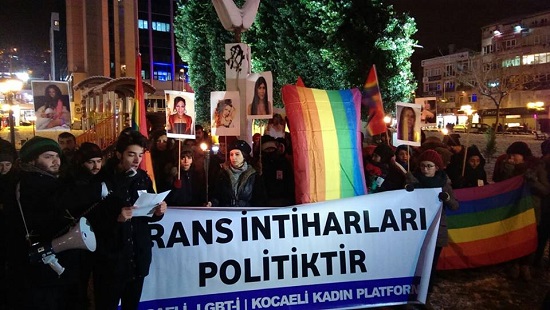 Kocaeli
The protesters also commemorated Okyanus Efe Ozyavuz, a trans teen who committed suicide in Izmir, and Figen, a trans activist who committed suicide in Mersin.
Nefes LGBT Alliance from Azerbaijan also made a statement and said “we share your loss.” In January 2014, LGBTI activist Isa Sahmarli ended his life in Baku and activists in Turkey gathered in memory of him.