Attitudes towards homosexuality in China 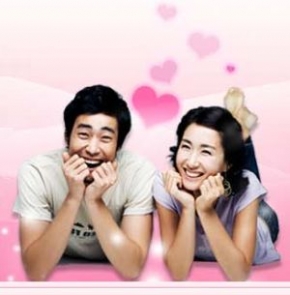 Attitudes towards homosexuality in China
ZHEN AI used a conventional method to uncover the truth about her husband’s “business trips”. She logged on to his computer. But what Ms Zhen, who was three months pregnant at the time, found was beyond her imaginings. She saw photos of her husband in some of China’s most exotic settings—Tibet, Hangzhou and Yunnan province—with another man. The pictures of them together in bed were particularly devastating.
Ms Zhen, who is now 30 years old and prefers to use a pseudonym, is one of an estimated 16m straight women who are married to gay men in China. Zhang Beichuan, a scholar, estimates that more than 70% of gay men marry straight women. Using census data from 2011, Mr Zhang estimates that somewhere between 2-5% of Chinese men over the age of 15 are gay, or between 11m and 29m. The women who marry them are known as tongqi, which might be translated as “homo-wife”, using “homo-” for same.
Tolerance is on the rise in major cities. Shanghai had its fourth Pride festival in June. Earlier this month the national ministry of health announced that lesbians will be permitted to donate blood.
Yet intolerance still prevails. Homosexuality was only removed from the health ministry’s list of mental illnesses in 2001. In rural regions, the belief that homosexuality is a treatable disease is still widespread.
It did not occur to Ms Zhen that her husband could be gay, though there were signs. She recalls inadvertently resting her hand on his arm during a movie date. “I felt him flinch, but he endured it”, she says. Though confused by his lack of intimacy, she found his considerate nature to be endearing. She hoped the passion would grow after he proposed. What followed instead was an icy marriage, frequent business trips and a perfunctory sex life.
After finding the photos, Ms Zhen found temporary solace in an online tongqi support group. Luck again abandoned her. This month, her signature joins 50 others on an open letter accusing the website tongqijiayuan.com of scamming its members out of 90,000 yuan ($14,000) in total. Ms Zhen lost 2,000 yuan. “We’ve realised [the site’s] owners were taking advantage of our fragile emotions and low social status,” the joint letter reads.
It is especially difficult for Chinese men to come out to their families. Traditional beliefs about the importance of maintaining bloodlines permeate society, which regards homosexuality as unfilial. Yang Shaogang, a Shanghai-based lawyer who specialises intongqi cases, counselled five women last year after they contracted HIV from their husbands. The only way to prevent this sort of tragedy from befalling such women, he says, is calling for more tolerance so gay men won’t feel forced to enter marriage in the first place.
In recent years some have found a solution, of sorts. Chinagayles.com, a website with some 153,000 members, helps gay men meet lesbian women for matrimonial purposes. Individuals upload personal details, such as monthly income, hobbies and Zodiac signs. Some seek cohabitation without sexual contact. Others want children.
Zhuang Xiang, a 30-year-old accountant from Shanghai, came to understand why he was drawn to boys when he was 17. On flicking through a gay comic book in a shop, he had his great “a-ha!” moment. He met his boyfriend in 2004. And then he married his lesbian wife in 2009. He and his wife don’t live together, but they visit each other’s parents once a week. Mr Zhuang even keeps some of her clothes on display at home, in case of unannounced visitors.
Mr Zhuang says he is lucky to live in a big city like Shanghai, where such a solution is possible. But he wants to live in a country where gay men are accepted. His parents have started to talk about a grandchild. Mr Zhuang and his lesbian wife will likely get a forged certificate of infertility. Keeping up the appearance of their marriage feels like a never-ending battle, he says. But sometimes lies are more sensible than the truth.
(Picture credit: ChinaGayLes.com)
Source: http://www.economist.com/blogs/analects/2012/07/attitudes-towards-homosexuality?fsrc=scn%2Frd_ec%2Fgay_marriage_gone_wrong