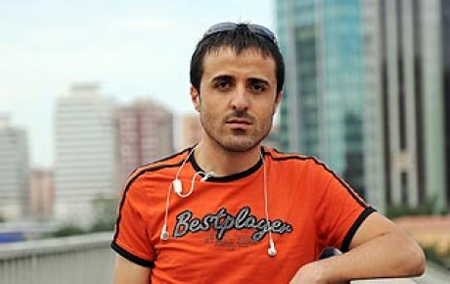 Gay football referee Halil İbrahim Dinçdağ’s lawsuit about the termination of his employment concluded today after its 19th session at the Çağlayan Court. Dinçdağ won the lawsuit for financial and emotional damages.

The court ordered for Dinçdağ to be paid 23 thousand Lira in damages. Because Dinçdağ had demanded 110 thousand Lira, his attorney Fırat Söyle noted that he and his client would appeal the decision.

Attorney Fırat Söyle told KaosGL.org: “The decision on the scope of emotional damages is up to the court. They calculated that Halil İbrahim Dinçdağ should be paid 23 thousand Lira to compensate for his distress. This amount cannot compensate for his suffering over the years. We will take the case to the Court of Appeals. Even though the amount was unsatisfying, the court has acknowledged homophobic discrimination and agreed to our demands. Discrimination has been penalized with this decision.”

In 2007, Halil İbrahim Dinçdağ obtained a medical report stating that he was not fit to fulfill his military service obligation because of his homosexuality. In 2009, he submitted a report showing that he has no military obligation to the Trabzon Board of Referees. The Board forwarded the report to the Turkish Football Federation while it allowed Dinçdağ to serve as a referee for a duration of two months.

The then-rapporteur for the Central Referee Board Osman Avcı asked the Trabzon Board to take action based on the 25th clause of the Turkish Football Federation’s bylaws. According to the clause, those who are exempt from military service due to medical issues cannot serve as referees. After that, the Trabzon Board did not allow Dinçdağ to take his exams and prematurely ended his chances to become a professional referee.

The Turkish Football Federation later changed its interpretation of the 25th clause with a notice stating, “Those who are exempt from military service for reasons other than medical issues can serve as referees.” The Federation also granted a one-time opportunity to take the exam to those previously denied the right to do so. However, Dinçdağ had already passed the age of 23 at that time and could not take advantage of this one-time opportunity.