Athens Pride made a press release on Greece’s new Hate Crime Units which will not prevent its citizens on the grounds of sexual orientation and gender identity. 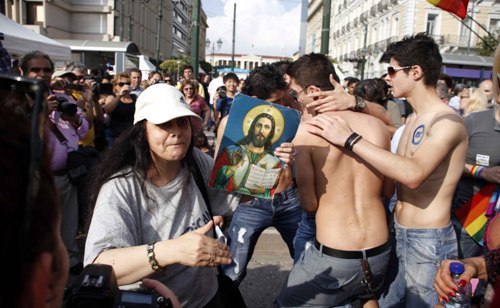 Athens Pride made a press release on Greece’s new Hate Crime Units which will not prevent its citizens on the grounds of sexual orientation and gender identity.
Greek lesbians, gays, bisexual and transgender persons who suffer homophobic and transphobic attacks will have no access to the new specialized Hate Crime Units, because Greek lawmakers have willfully omitted all reference to sexual orientation and gender identity from the new “anti-racist” Presidential Decree, contravening EU directives and ignoring Human Rights Watch recommendations.
Drafted by the Minister of Public Order and Citizen Protection Nikolas-Georgios Dendias and signed by the President of the Hellenic Republic Karolos Papoulias, on 12 September 2012, the Decree establishes specialized hate crime units for addressing racist violence within the General Police Directorates of Attica and Thessaloniki and relevant offices within police stations with a mission to prevent and investigate such crimes. However, as stated in Article 1 of the Decree, these agencies will handle only “offenses committed against persons or group of persons exclusively and solely because of their racial or ethnic origin or their religion.”[1]
The basis for the Decree, Directive 2012/29/EU of the European Parliament and Council establishes “minimum standards on the rights, support and protection of victims of crime in every European Union Member State” and more explicitly that “victims must not undergo discrimination of any kind based on any ground [including] gender expression, gender identity, sexual orientation....” [2] 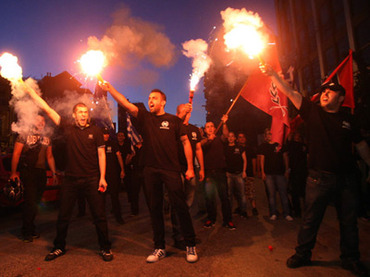 Further, Human Rights Watch in a Letter to the Greek Minister of Public Order (13 November 2012)states it is “concerned about reports of threats and attacks on lesbians, gays, bisexual, and transgender persons in Greece. We therefore urge you to ensure that the police units have a clear mandate to identify and investigate crimes committed against individuals on the basis of their perceived or actual sexual orientation and gender identity.” [3]
By blatantly disregarding the problem of homophobic and transphobic crimes in Greek society, the public agency mandated to protect all its citizens is essentially denying the personhood of some of its most vulnerable members. This is particularly disgraceful given the recent spate of documented assaults on LGBT persons and groups, at least one incited by a Golden Dawn parliamentarian. This is only a tiny fraction of the violent incidents. The actual number is impossible to estimate because gays, lesbians and transgender persons overwhelmingly refuse to report hate crimes to the police. Besides the inevitable disclosure, they fear additional insult at the hands of police officers. Current activist campaigns that encourage LGBT persons to report incidents and seek justice are hopelessly thwarted if we cannot ensure that victims’ rights will be protected and their dignity respected by the law and by law enforcement authorities.
Andrea Gilbert
Spokesperson, Athens Pride
+3069 74187383
[1]In Greek http://www.et.gr/index.php?option=com_wrapper&view=wrapper&Itemid=108
[2] http://register.consilium.europa.eu/pdf/en/12/pe00/pe00037.en12.pdf and http://www.europarl.europa.eu/oeil/popups/summary.do?id=1234096&t=f&l=en
[3] http://www.hrw.org/news/2012/11/13/greece-letter-greek-minister-public-order-specialized-hate-crime-units