Hacettepe University: "No Discrimination Based on Sexual Orientation"

The Hacettepe University Senate has signed off the "Manifest of Living Together". 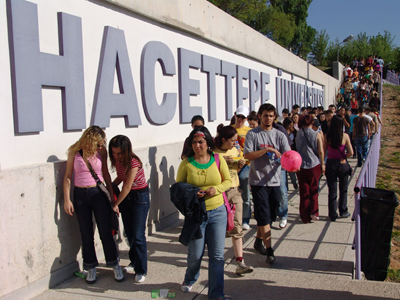 The Hacettepe University Senate has signed off the "Manifest of Living Together".
In the manifest which has been prepared to organize the lives of students, the academic staff and the administrative staff in the campus, ethical principles concerning living together and the measures that should be taken against unsuitable behavior have been set.

In the manifest which declares that ethical principles should be followed in the living areas both in and outside the university, the following are some of the principles that have been decided: "No discrimination based on race, language, gender, marital status, disabilities, religion, political view or sexual orientation under any circumstances", "No copying", "No taking an exam for a person other than yourself", "No plagiarism, no copy/pasting", "No leaving the campus with hospital uniforms"