Hate crime from the principals on the school WhatsApp groups: “LGBT perverts” 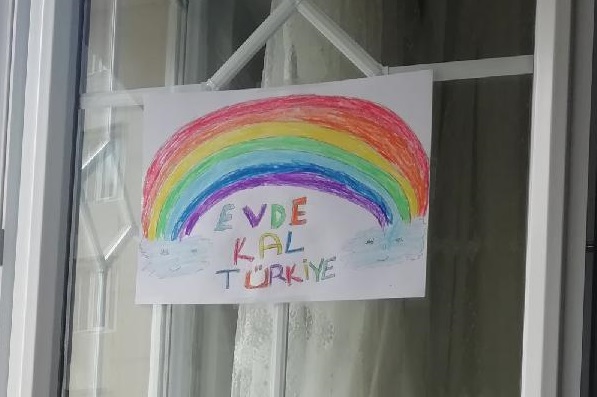 LGBTI+'s continue to be targeted through rainbow drawings that children hang to their windows to overcome the feeling of isolation while staying at home due to Coronavirus.

After Islamist newspaper Yeni Akit's statement on the rainbows of children as "The LGBTI perverts who assumed the mission of eradicating the Muslim Turkish family structure are making their move through the children this time", discrimination and hate are on the rise in the WhatsApp school groups.

Teachers from different cities who reached KaosGL.org told that the school ministers are sharing the following post on WhatsApp groups in accordance with the instructions of regional Ministry of Education officials:

“In a message that has spread in recent days, our children are asked to make a rainbow picture on a paper and hang them to the windows. The education community is also caught up in this trend. This act is being sent to the parents as homework through WhatsApp. This is an LGBTI project. The rainbow is their symbol. It is a preliminary preparation for the Pride March in May. Let's spread this message and warn each other. Our teachers and children should not be part of this project. Let's not support LGBT perverts." 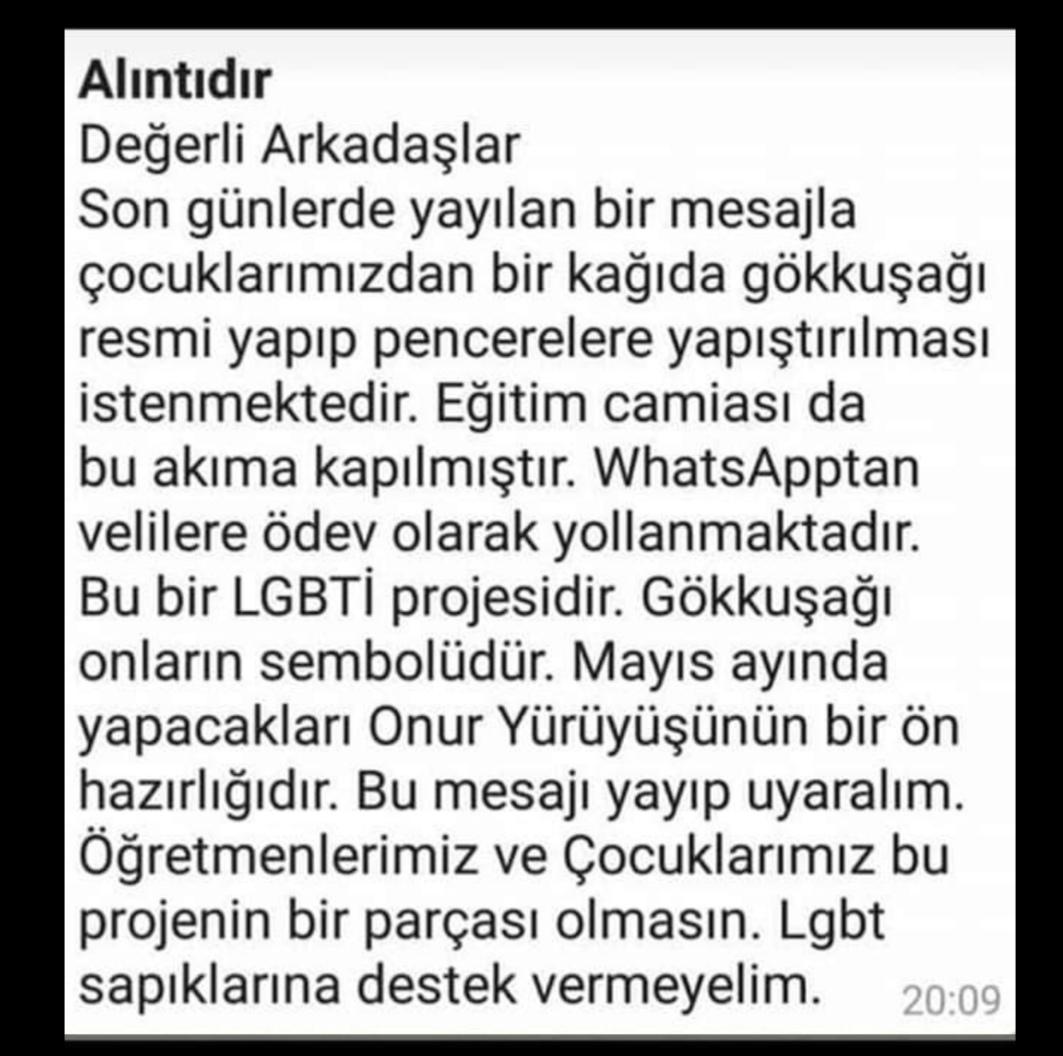 While it is not known whether the message was forwarded on the instruction of the Ministry of National Education, teachers from Ankara, İstanbul, Muğla, Adana, Mersin and Kocaeli have so far conveyed that these messages have become widespread in WhatsApp groups. It is reported that this message has been forwarded to the WhatsApp groups in many other cities too.

Teacher’s union Eğitim-Sen Central Women Secretary Derya Yulcu said that it is unacceptable that school principals to share messages of hate and discrimination in the groups that have been created for distance education.
Yulcu told the following to KaosGL.org:

“Of course we are against the campaign targeted against the rainbow drawings that started with the initiatives on social media. We stand against the messages that marginalize certain people and involve hate speech. We are witnessing a smear campaign against a wonderful natural phenomenon such as rainbow, under a mindset that is more royalist than the king. Those who spread these kinds of messages are dark and filthy mentalities. The rainbow drawings is an instrument to break the feeling of isolation, to communicate with the person in the next balcony. And the mission of teachers is to teach unconditional love to the kids.

“These messages have become widespread in WhatsApp groups. They are being posted not on an official decree but are being forwarded by the school principals in a hierarchical order in the groups that were created to coordinate the distance teaching process.”

Eğitim-Sen also publishes regular education diaries during the coronavirus and distance education process. They published their 10th day today. Here's how they criticized the smear campaign against the rainbow drawings in the Education Diary:

"Many activities are planned and implemented in these difficult times, especially to ensure that children are not affected by this period. One of these activities is the event that children to draw the "Rainbow" and hang it in the window of the house, developed to make them think that they are not the only ones left at home, that they are not alone. The mindset, which had difficulty assessing such an innocent and well-intentioned activity, quickly stepped in and sent messages to school communication groups, inviting teachers to prevent this event. We must first state that what is being done is a hate crime and discrimination, that it means targeting a segment of society, and that it is impossible to accept. We also share with the public that it is known that we do not find it right to try to pressure and control teachers in this way and that we will be a follower of the subject."