HDP co-chairs Selahattin Demirtaş and Figen Yüksekdağ had been detained last night in a police raid to their houses. 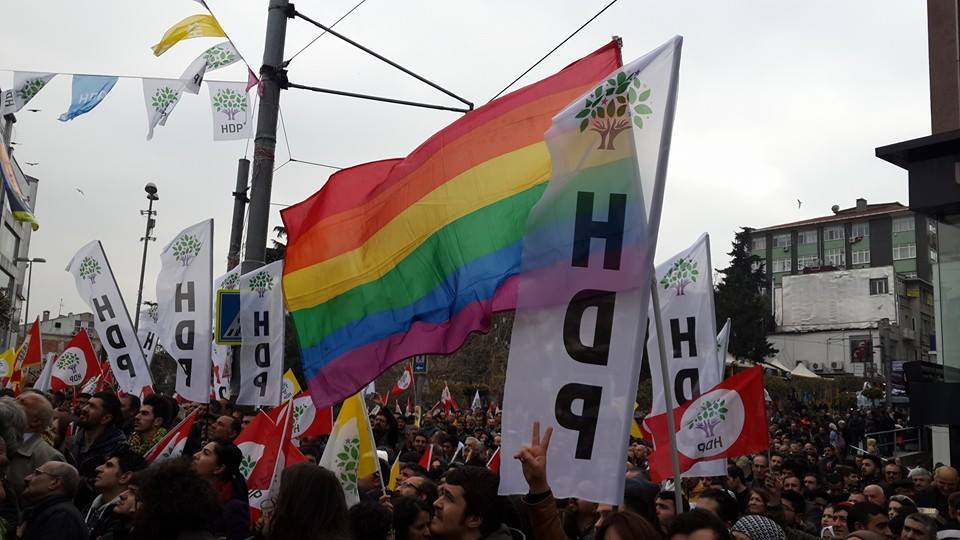 HDP co-chairs Selahattin Demirtaş and Figen Yüksekdağ had been detained last night in a police raid to their houses.

Last night the purge of President Erdogan against HDP has reached another peak: Co-Chairs Selahattin Demirtas and Figen Yüksekdag, along with 12 further Members of Parliament of HDP have been detained across Turkey last night. The goal of these measures is to shut down the third largest party in parliament.

Demirtaş: I won't be a puppet in this trumped-up judicial theater

“I don't want to answer the questions about the alleged charges against me. I just want to make a statement.”

“I will never accept to be a subject of the judges and prosecutors who wait hand and foot while the dignity of the judicial system is trampled. I don't mean to disrespect you personally. However, I won't be a puppet in this trumped-up judicial theater, which is started by the order of Erdoğan who has a really shady and questionable personal background. I won't answer your questions. I don't think that any legal procedure that will be carried out by you could be just and lawful. Even my detention is done illegally.”

“In the political scene, politicians are addressed by the politicians, not by the judiciary. Thus, you, as prosecutors and judges who are supposed to stick to international and democratic maxims of law and to international conventions that are signed by Turkey and have the power of constitutional law, should refuse to be a part of political games and schemes. I don't demand or expect anything from you. Only the people who elected me can question me about my political activities.”