Homophobia skyrockets with the Lady Gaga Concert in İstanbul

Lady Gaga’s Istanbul concert that took place last week resulted in a skyrocketing of homophobia and transphobia at the ITU [Istanbul Technical University] Stadium as well as on social media. 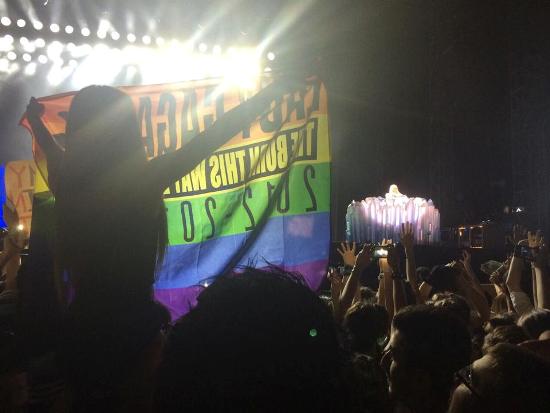 Lady Gaga’s Istanbul concert that took place last week resulted in a skyrocketing of homophobia and transphobia at the ITU [Istanbul Technical University] Stadium as well as on social media.
Lady Gaga is known for her support for LGBTI (Lesbian, gay, bisexual, trans, intersex) rights. But her concert witnessed homophobia and transphobia under the premises of humor and fun. Furthermore, [a Turkish singer] Niran Ünsal, demanded that Lady Gaga dress conservatively and shared concert-goers’ photos on Twitter, addressing parents.
Is this nice, this homophobic scene?
Ünsal shared a photo of Lady Gaga with the comment “To see or not to see, that is the question. Esteemed mothers and fathers, what do you think? Is this a nice scene?” The photo included Lady Gaga-inspired images of Madır Öktiş and their creative crew Uchi. 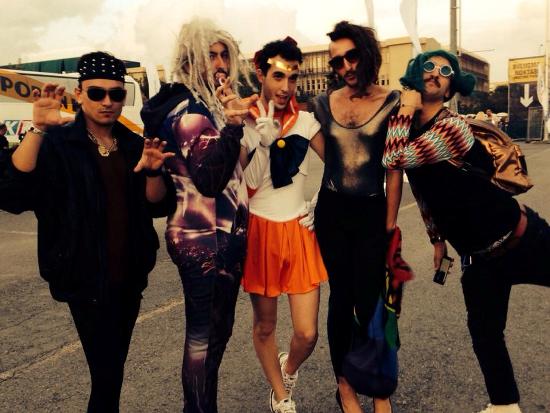 Madır Öktiş stated the following for kaosGL.org, in response to Ünsal’s comments:
“Niran has been running a campaign for days with declarations such as ‘Gaga, dress appropriately before you come here’ and what not. I think that when Gaga dropped like a bombshell and no one cared about what Niran said, she just became furious and began to target Lady Gaga fans instead.”
“The security guards were pointing fingers”
Öktiş, whom Ünsal claims is a “charlatan” and a bad influence for children, stated that there were other problems in regards to homophobia and transphobia around the concert venue.
“Some  ITU students took photos of the Little Monsters and posted them on the “ITU Daily” [“ITU Aktüel”] Facebook group where there is extreme homophobia. Some security guards were harassing people by pointing fingers. On the other hand, we had runway shows and we put on two performances. Everyone was in a great mood; it was quite like the Pride, actually.” 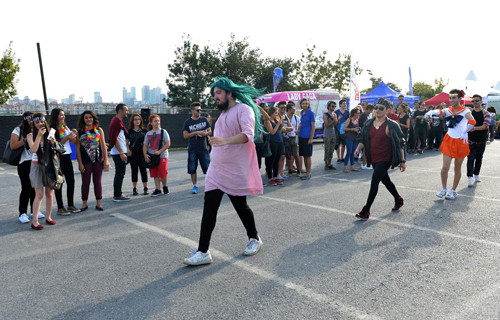 Dulşen responds to Ünsal: “You are provoking the public to act in spite and hatred”
Dulşen, a well-known figure from the Istanbul Pride Week, was among the ones freely enjoying the Lady Gaga concert. Dulşen stated the following in response to Ünsal’s words, “Go experience your sexual orientation at home, it is nobody’s business!”:
“There was a time I used to admire the singer Fatma Uludan Canevi (stage name Niran Ünsal), for her idiosyncratic assertions. Afterwards, I think that she experienced some difficulties, which negatively impacted her voice as well. There is a financial side to this story. The music industry has been monopolized. People are siding with the government to be able to remain successful in the industry. This singer’s words reflect the mentality of the government more so than her own opinions.” 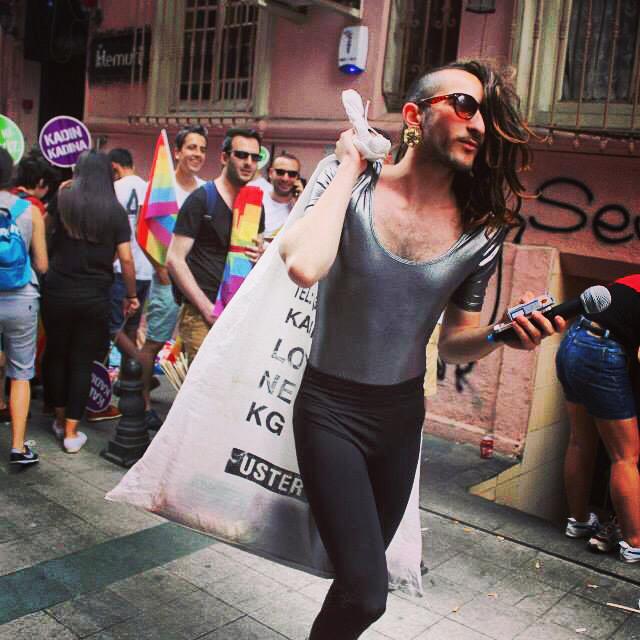 “Of course it’s sad for people to find themselves in this situation. I understand that they are struggling economically. But they are lacking principles at the same time. They see no harm in releasing statements of hate speech for the sake of making money. This lady has committed the crime of provoking the public to act in spite and hatred. The concert was magnificent for us; it resembled Pride on a smaller scale. Uchi and Dulşen found the opportunity to get together with all their admirers from all ages and LGBT supporters. It is after all, Uchi’s main goal to make sure that the LGBT issue is highlighted in pop culture.”
Homophobia “for fun!”
ITU’s anti-homophobia and anti-transphobia student organization called “Cins Arı” [the “Diverse Bee”[1]] also released a statement in relation to the adverse incidents that took place during the concert. The group stated that it was a breach of human rights to mock LBTI individuals on social media and during the concert:
“We are being othered as outcasts as if we don’t participate in the struggle for freedom on the streets against the breach of rights and as if we don’t join our forces with the rest of the people for the sake of minorities and the oppressed, exhibiting a stance in solidarity against authority. The atmosphere of interpersonal trust and alliance is abandoned among university friends and is replaced with the culture of homophobia, transphobia, misogyny and bullying under the premises of “having fun.”
The real problem is not related to morals but to commercialization
Cins Arı stated that a large part of the university was closed for students because of financial concerns and that the real problem was related not to morals but the commercialization of the university:
“The real problem has to do with the ‘commercialization’ of the university. But people are diverting from this issue by engaging in hate speech about how concertgoers’ outfits reflect immoral values. Being a woman, acting like a woman and being feminine are used as insults for male concertgoers. But how could it be an insult to identify with a gender or not?”
[1] The bee is the mascot for the Istanbul Technical University. The word “cins” can translate to English as “type” or “sort” as well as “gender” or as an indication of diversity in sorts. In Turkish slang, the word also connotes the “odd one out.”
Translated by: LGBTİ News Turkey