LGBTI organisations in Ireland, Montenegro and Serbia, as well as TGEU have denounced the acts of violence and called on local authorities to investigate the recent hate crimes. 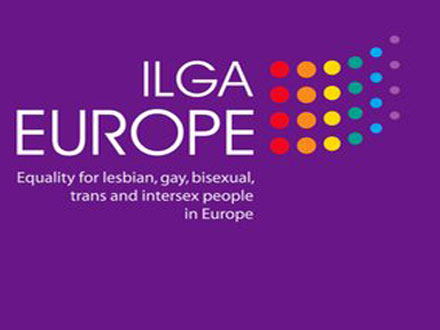 ILGA-Europe statement
ILGA-Europe expresses its serious concerns regarding a number of of transphobic and homophobic incidents which took place Europe over the last days. Friday night 7th of September, in Belgrade (Serbia) two men were verbally assaulted, one of the victims was consequently physically attacked, leaving him with severe bodily injuries. At the occasion of the annual conference of Transgender Europe (TGEU), participants on Saturday night the 8th of September were verbally and physically assaulted in Dublin (Ireland). In Podgorica (Montenegro) on Monday the 10th of September a brutal physical attack on two friends of LGBT persons took place.
LGBTI organisations in Ireland, Montenegro and Serbia, as well as TGEU have denounced the acts of violence and called on local authorities to investigate these crimes, prosecute the perpetrators and strengthen domestic efforts to prevent transphobic and homophobic hate-crimes from happening, including the necessary education and awareness raising of the public, and providing training for law enforcement personnel. ILGA-Europe fully supports these calls.
ILGA-Europe stresses that Council of Europe Member States should give greater attention to the implementation of a set of recommendations that the Committee of Ministers adopted in 2010. The 47 Member States then agreed that more work needed to be done to counter crimes and other incidents where the sexual orientation or gender identity of the victim has constituted a motive for the perpetrator. The States committed to ensure effective, prompt and impartial investigations of such crimes, to adopt criminal law provisions making of homophobia and transphobia aggravating circumstances, to encourage reporting of such incidents and to ensure that law enforcement structures develop the necessary knowledge to identify them. Since then only few Member States have developed relevant legislation and monitoring mechanisms. This situation demonstrates that much still needs to happen.
EU Still Not Recognizing Homophobic Biases
Equally, European Union law still does not recognise homophobic and transphobic biases and does not require EU member States to recognize the specific nature of homophobic and transphobic crimes.
ILGA-Europe calls on European institutions to step up their commitment to fight against transphobic and homophobic violence. European institutions, including the Council of Europe, the European Union and the Organisation for Security and Cooperation in Europe need to do more to ensure that European countries do all that is necessary to prevent crimes against lesbian, gay, bisexual, trans and intersex people from happening.
Contact:
ILGA-Europe
Rue Belliard straat 12, B-1040 Brussels, Belgium
Tel.: +32 2 609 54 10
Fax: +32 2 609 54 19
www.ilga-europe.org