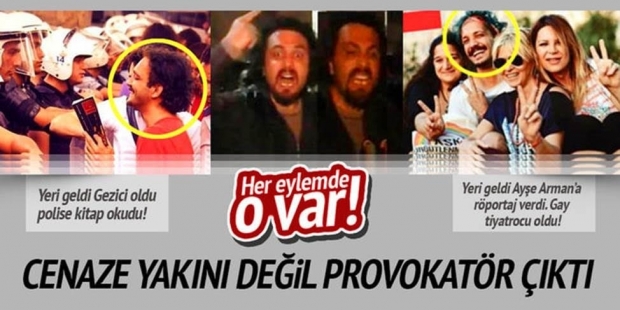 Pro-Government newspaper Sabah targeted the LGBTI activist Hasan Hüseyin Şehriban Karabulut, who live in Malta, with fake news. “I sent an email, but they did not answer. Sabah would be responsible if anything happened to me”  Karabulut said in his statement to KaosGL.org.

Newspaper Sabah, claiming that Karabulut, who has lived in Malta for approximately 4 months, said “Damn your potency” during a live broadcast, used statements like “He was once a Gezi Park protestor, reading book for the police!”, “He once had interview with Ayşe Arman. He became a gay actor!”.

Karabulut: “I sent an email, they did not answer. Sabah would be responsible if anything happened to me”

Karabulut, who told that he sent an email, but could not get an answer, said in his statement to KaosGL.org:

“How dangerous the non-violent resistance of mine during the Gezi seemed for the government and that they waited for years to find a reason to target it, how they think they make fun of me by saying “Gay actor” and how I was made a target by including the sexual orientation….”

“It’s an intentional attempt on my life that this situation, instead of the bomb attack, is talked about, how they tried so hard to target someone who expressed in live broadcast what we say at our homes and that they mistook me for him and I was made a clear target as they mistook me for him. From now on, Sabah and social media will be responsible for the possible hate speeches and attempts on my life due to their fake news.”

“Even though I told them that the news was not true, I have lived in Malta for 4 months, they are targeting me and asked them to reclaim the news and to write and apology letter, I got no answer.”