Human Rights Foundation of Turkey: Hate speech against LGBTIQ+'s is an open violation of the discrimination ban

Boğaziçi report from HRFT: The discrimination ban has been violated by using marginalizing, stigmatizing and hate speech. 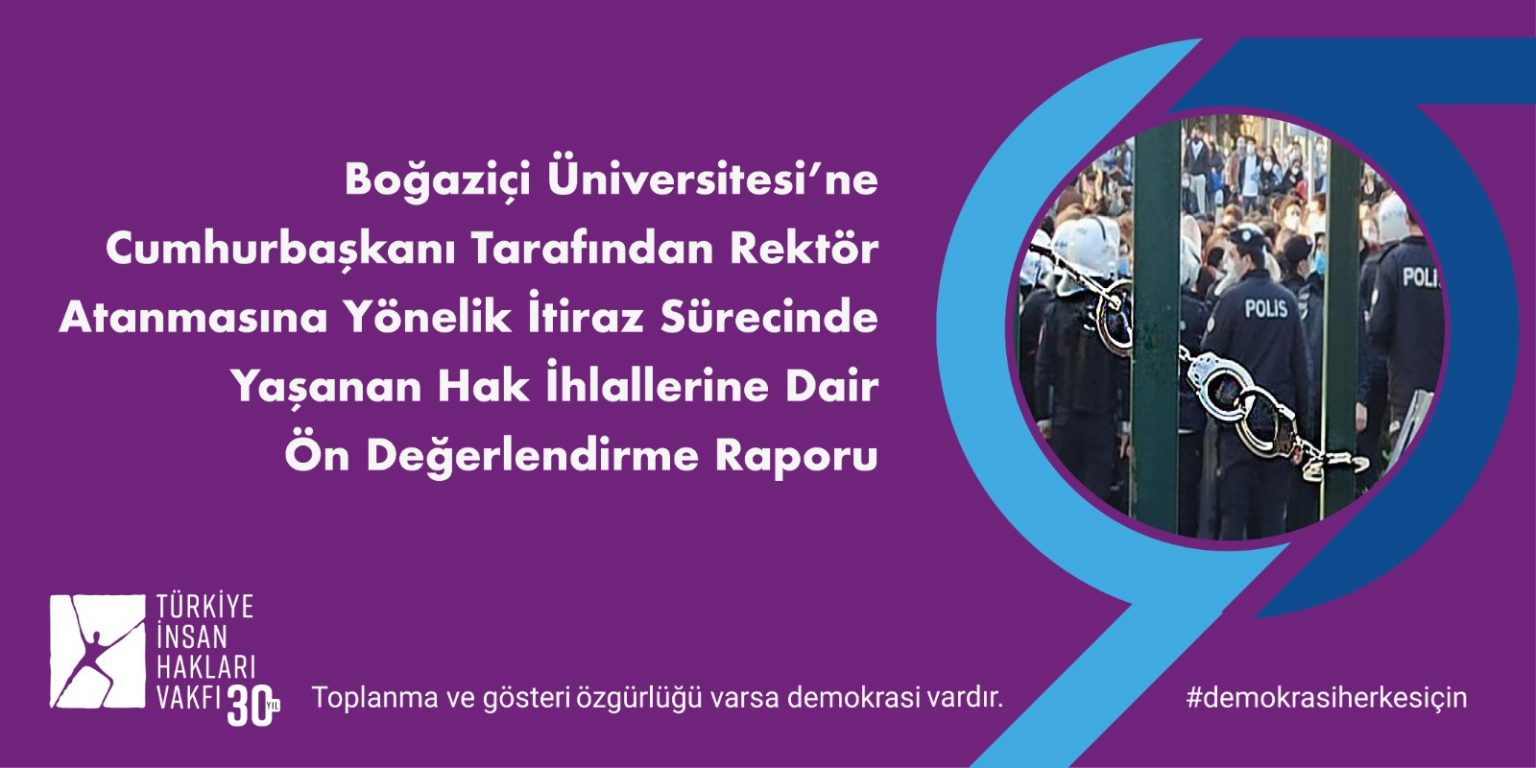 Human Rights Foundation of Turkey (HRFT) published the “Preliminary Assessment Report on Rights Violations During the Protests Against the Appointment of the Rector to Boğaziçi University by the President”.

According to the report of the HRFT, the freedom of assembly and demonstration was violated as a result of the prohibitions and interventions of the law enforcement officers using unlawful and excessive violence that is far beyond their authority to use force, which is defined in universal law and the laws of the country. During the intervention in peaceful meetings and demonstrations in at least 38 cities of Turkey, the law enforcement officers used plastic bullets, weapons produced from chemical agents such as "pepper spray" and "tear gas" and pressurized water.

The ban on discrimination has been violated

The smear campaigns against the LGBTI+’s has been addressed in the HRFT report as following:

“At every opportunity they got, the political officials stigmatized, marginalized and demonized everyone, especially Boğaziçi University students, who objected to the appointment of the rector. These kinds of discourses have been disseminated through the written and visual media supporting the government, especially through social media. These discourses, initially limited to the descriptions such as "lazy, narrow-minded, lacking in understanding", have reached the point where everyone who supported the protests was being described as "terrorist" and/or "linked to terrorism. These hate speeches as a whole, especially the words of the Minister of the Interior as "LGBT perverts, horny minority" targeting LGBTIQ+ individuals as a social group, as well as the MHP leader calling the protesting students as "snakes to be crushed" are worrisome in terms of the current extent of polarization politics. This rhetoric that constitutes a crime according to the TPC articles 216 and 122, and according to the international conventions and documents that Turkey is a signatory of, is an open violation of the discrimination ban."

The freedom of association has been violated

The HRFT reported that the closure of the Boğaziçi University LGBTI+ Studies Club was a violation of the freedom of association:

“In this process, student clubs were illegally closed and freedom of association was violated. The police searched the clubrooms of Boğaziçi University Fine Arts Club and the LGBTI Studies Club. In addition, the candidate-club status of the LGBTI Studies Candidate Club was abolished through a decision of the rectorate and the club was closed. The public learned about the closure of the club from the social media post by Fahrettin Altun, the Communications Director of the President. Fahrettin Altun stated the following in his message: "The university administration has made a legitimate proceeding against those who try to trample our sacred values.”