The Turkish LGBTI community has seemed to be constantly under attack during the last months. 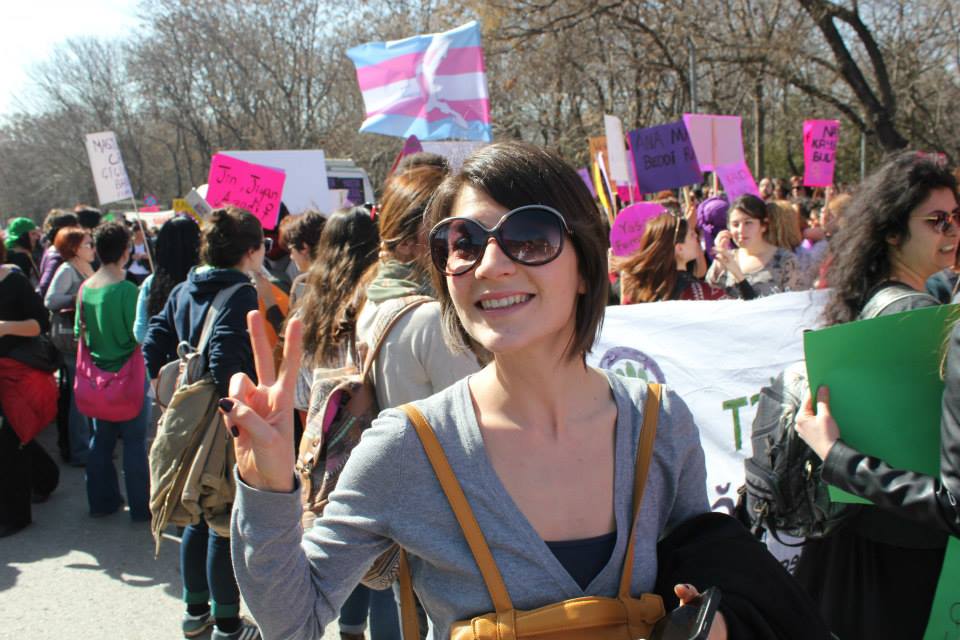 The Turkish LGBTI community has seemed to be constantly under attack during the last months: first the Istanbul Pride disrupted by the police while the Kaos GL news portal was cyber-attacked, then the posters in Ankara inciting people to murder “the people of Lut”, then a group of gay men attacked in Istanbul, then again the rape and the assault against Kemal Ördek.  ILGA have asked Ezgi Koçak, an activist of the Ankara-based Kaos Gay and Lesbian Cultural Researches and Solidarity Association, to tell us more about what is going on in the country.

The LGBTI community in Turkey has recently faced many attacks: has the situation gotten worse in the last months? Moreover: do you think that these attacks might have been somehow linked to the climate experienced in the country during the parliamentary election campaign and to its results?

Conservatism has gained more visibility since the last decade in Turkey, and this is threatening the rights and freedoms of women and LGBT people at an increasing rate.

It is obvious that hate speech by government officials, as well as media create, the atmosphere for hate crimes. For instance, leading figures from the Justice and Development Party as well as the President were engaged with dangerous homophobic and hate discourses during their parliamentary election campaign to criticize their opponents. Then, the discourse of hatred directed at LGBT individuals was echoed on the street, and the self-defined “Young Islamic Defense” group put up posters in Ankara, calling for a massacre against LGBTIs.

During the Universal Periodic Review, Turkey has committed to ensure the investigation, prosecution and punishment of human rights violations motivated by the victims’ sexual orientation or gender identity. What has the Government done to prevent such violations? And what should be done?

At the first-cycle of the Universal Periodic Review, Turkey also accepted recommendations for non-discrimination based on sexual orientation and gender identity and to review national legislation on non-discrimination with regard to women and gender identity. However, Turkey has failed to implement these recommendations and have instead moved in the opposite direction.  Particularly, the terms “sexual orientation” and “gender identity” were not included in the 6th Democratization Package of February 2014 that includes the Anti-Discrimination Bill and regulations on the basis of hate crimes.

Turkey should recognize and acknowledge the LGBT identity by including the terms “sexual orientation” and “gender identity” in constitutional clauses on equality and non-discrimination, as well as in hate crimes legislation. Besides, it should take all administrative and legal measures, both on national and local levels, to prohibit and prevent discrimination on the basis of sexual orientation and gender identity, in order to provide effective protection for LGBT persons in Turkey.

You have recently been in Geneva for the Human Rights Council, and many SOGI-related issues have been brought up. What, in your opinion, is the real impact of the work the associations do at the UN level?

Kaos GL Association is monitoring and reporting human rights violations of LGBTI individuals as well as conducting a comprehensive advocacy activism for them, relating to the recognition of sexual orientation and gender identity in Turkey.

In doing so, it is important to combine local and national advocacy with international lobbying to have a global space for dialogue with different stakeholders, and to bring the local LGBTI cases into the agenda of global human rights discourses in general, and LGBTI conversation in particular. Thus, we do believe that cooperation with the global movement, and using international mechanisms such as the Universal Periodic Review, provide productive outcomes for the visibility of LGBTI issues in the international sphere.

The Kaos GL logo says an amazing thing: “The liberation of homosexuals will also free heterosexuals”. Do you think it can still be hard for the Turkish LGBTI community, though, to find allies and receive public support from them?

In this sense, Kaos GL has been working with the social movements – in particular with feminist and union movements – for a long time, and now our motto is embraced by so many NGOs and activists.