In the spiral of bribery and corruption: The new Turkish Cabinet 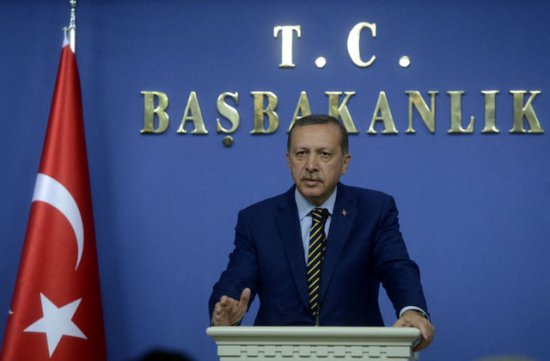 Three names of Turkish PM Erdogan’s new cabinet are of crucial for LGBT organizations: Minister of Justice Bekir Bozdag, Minister of Family and Social Policies Aysenur İslam and Minister of European Union affairs Mevlut Cavusoglu.
As tension grew in the ruling party (AKP) during the Gezi Park protests and some ministers are to run for the local elections in March, PM Erdogan was expected to announce his new cabinet. However, the Corruption Operation had no doubt influenced how the new cabinet was formed.
Rather than the resignations of ministers and their sons taken into custody as well as Minister of EU Affairs Egemen Bagis was accused of bribery, what raised concerns was the unethical reaction of PM Erdogan.
What happened?
Erdogan announced a “civilian coup” attempt against his government with the main opposition party CHP, outside forces and prosecutors and police forces linked to the Fethullah Gulen’s Hizmet (Service) movement, Erdogan’s strategic partner over a decade to weaken the status quo. Erdogan gave three political reflexes that drew huge criticism:
Sacking of many police officials including the police commanders who took part in the investigation, amendment of the regulations law-enforcement officers that put the confidentiality of the investigation at risk and not demanding the resignations of four ministers after the corruption allegations.
Minister of Environment Erdogan Bayraktar’s resignation came as a surprise as he announced that he did not accept the resignation dictated to him. “I do not accept (the pressure for resignation) because a big part of the zoning plans that are in the investigation file and were confirmed were made with approval from Mr. Prime Minister. For the sake of the well-being of this nation and country, I believe the prime minister should resign,” said Bayraktar.
Will the new cabinet be good for gay and trans citizens?
After the resignations, PM Erdogan introduced the new cabinet to the public. News of Erdogan’s meeting with President Abdullah Gul and the contentious atmosphere due to Gul’s request for EU Minister Egemen Bagis’s resignation leaked to the press.
Three names in Tayyip Erdoğan’s new cabinet until the 2015 elections are important for LGBT organizations: Minister of Justice Bekir Bozdag, Family and Social Policies Minister Aysenur Islam, and Minister of European Union Affairs Mevlüt Çavuşoğlu.
The first news on the Ministry of Justice mentioned the candidacy of law professor Mustafa Şentop from the Justice and Development Party who is known for his hesitancy towards the recognition of sexual orientation and gender identity in the new constitution making process. A few weeks ago, the new Ministry of Justice Bekir Bozdag tried to justify the police brutality during the Gezi Park protests over the allegations about some people having drunk beer in a mosque where they took shelter against the police.
How fighting discrimination based on sexual orientation and gender identity as well as violence towards LGBT people will figure into the agenda of the new Family and Social Policies Minister Aysenur Islam is an “enormous and urgent need” rather than a curiosity. If the only female minister of the cabinet decides to take a step towards eradicating domestic violence based on homophobia and transphobia experienced by LGBT people, she can consult Turkey’s LGBT people and Minister of European Union Affairs Mevlut Cavusoglu.