Is this the most LGBT friendly government in entire Balkan region? 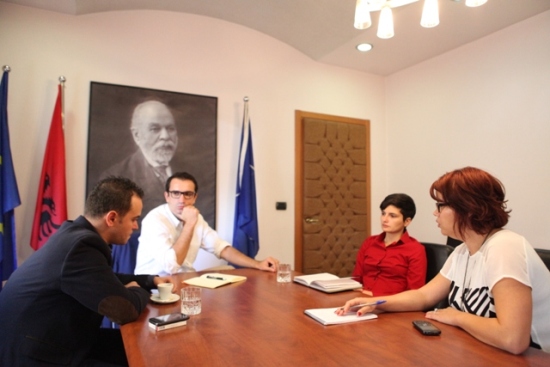 The Albanian new minister of Social Welfare and Youth Mr. Erion Veliaj and his close staff discussed on Friday with LGBT activists the opportunities on how to advance the rights of this community.
During the meeting that took place in a warm spirit of understanding, they discussed the possibility of including in the professional training program of the Ministry members of the LGBT community.
The minister seemed to be excited by the idea of establishing for the first time a state shelter for LGBT people who are facing problems with their security of with their families, especially during their coming out phase.
The Minister Veliaj welcomed this proposal without any hesitation and he said he was willing to transform the shelter not just as a temporary place but as a possibility for the community to get trained and to be helped in finding new job opportunities.
"We are willing to work together to find the best ways to ensure the protection of your community. In this ministry you will always have an open door, "said Minister Veliaj, whose political background started on 2003 when he launched the citizen initiative called MJAFT! (Enough) which became a political movement aiming to stop the apathy of young people and to encourage them to protest for their rights. 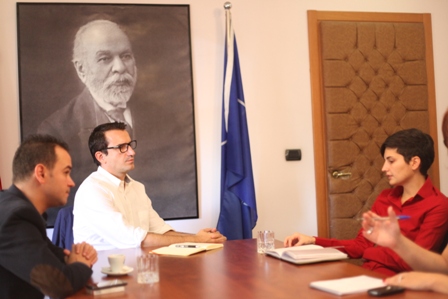 Karaj and Pinderi were of the opinion that the LGBT community should be represented in a specific and much more effective structure of the ministry and not being a small part inside a large department as it happens to be with the old government (right wing).
Mr. Veliaj expressed the willingness to consider this idea, he even said he would like the LGBT community to represent itself in the ministry and that this structure should be led by them.
It was also discussed about areas to improve legislation, especially the Family Code in order to be included, for the first time in Albania, a legal recognition of partnerships. Veliaj was willing to push forward in a political level this issue, having in mind that it is also a part of the political program of SP, the majority party which formed during the last week the new Albanian government.
Minister Veliaj also urged activists to prepare a training about LGBT issues for the staff of the ministry that he leads.
Albanian Government, with an Ethical Code which demands the respect of LGB and Transgender community
Alliance Against Discrimination and ProLGBT welcomed the government’s decision to include in the code of ethics the principle of non-discrimination.
According to this principle, reflected in paragraph 3 of this Code, “The member of Council of Ministers, during the exercise of the function, with his actions should not favour or discriminate a particular subject because of gender, race, colour, ethnicity, language, gender identity, sexual orientation, political religious or philosophical believes, economic educational or social situation, pregnancy, parentage belonging, parental responsibility, age, family or marital conditions, marital status, residence, health condition, genetic predispositions, disability, belonging to a particular group or for any other similar reason.”
The two LGBT organizations mentioned above said in a press release that “the inclusion of sexual orientation and gender identity as potential grounds of discrimination constitutes a historical step that an Albanian government undertakes”.
On the other hand, the involvement of the term "sexual orientation" together with the term "gender identity" is a novelty in European and Global level.