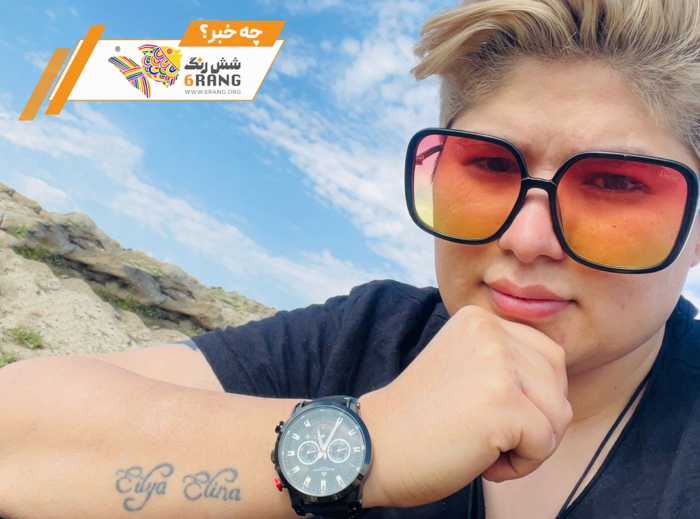 According to the information received by 6Rang, Sareh was arrested on 27 October 2021 , while attempting to cross the border to Turkey.

There has been no further news about Sareh since her arrest.

On 08 November 2021, Tasnim News Agency affiliated with the security forces reported that the Revolutionary Guards had arrested individuals in West Azerbaijan on charges of "forming a gang for trafficking girls and supporting homosexuality", which appeared to be related to Sareh's arrest.

IRGC said in a statement that one of the charges against the so-called "smuggling network" was "communicating with and supporting homosexual groups" who "operated under the support of a multi-regional intelligence services."

Sareh had to cross the Iranian border to escape and seek asylum in Turkey. Given the current situation and the risk of arrest while crossing the border, hours before leaving for Turkey, she made videos with great clarity and courage. She sent these to a trusted person who does not wish to be named. Sareh’s intention in making these clips was that her voice would be heard by the media and human rights organizations in the event of her arrest.

These videos were then sent to 6Rang for publication in order to make public aware of Sareh's situation.