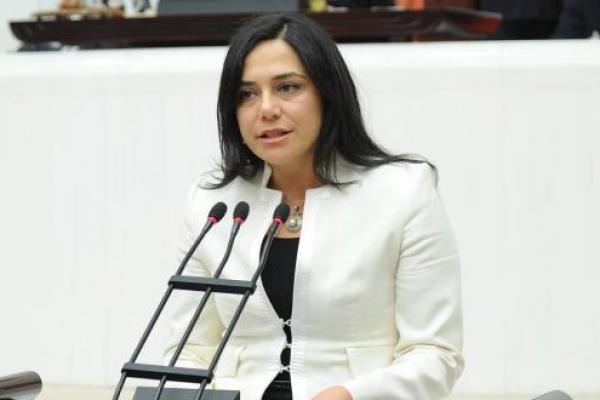 CHP Deputy Candan Yüceer talked about the Human Rights and Equality Committee Law Draft in parliament. She criticized the fact that LGBTIs are not included in draft by saying “What is the point of this draft if you discriminate behind big words in the first place?”

Turkey Human Rights and Equality Committee Law Draft, which discriminated against LGBTIs, is currently under discussion in TGNA General Assembly.

“It is hard to be gay in this country”

Yüceer, who said that “it is hard to be gay in this country. Your family exclude you, the society excludes you, the education system excludes you. You do not even exist for the State, criticized the fact that LGBTIs could not find a place for themselves even in a draft, aiming to prevent discrimination, went on saying:

“Morevoer, your sexual orientation is a disease for some people. If you remember, dear deputies, during the 58th term of government, Selma Aliye Kavaf, state minister in charge of women and family, -there was a ministry named with women back then, told that being gay was a disease and it must be cured.”

“Speaking of which, we can perfectly say that being gay is not a disease.”

Will some be less equal?

Yüceer, saying that “it is not a healthy state to hate gays, reminded that sexual orientation and identity are not included in the draft while alignment with the acquis in draft reasoning and council of Eruope documents were mentioned.

Yüceer, who added that LGBTIs are not included in the draft means “some will be less equal”, went on saying:

“Everyone ought to be protected from discrimination, regardless of what they are, who they are, how they live, or whether their life style is accepted by some people or not.

“Otherwise what is the point of your mentioning about “a life compatible with human dignity”, “principle of equality “, “respect to human rights” ?

“What is the point of this draft if you discriminate behind big words in the first place?”

Yüceer, who reminded Melek Okan, who was the mother of trance woman İrem Okan killed due to hate crime, said “they could not give my daughter a room in this big world”, finally said that “you know and see everyday lesbians, gays, bisexuals, transgender and intersex individuals face discrimination. They are targeted by hate crimes and hate speeches. It is not wise to act as though these people did not face discrimination, ignoring all of these.”