January-February 2015 issue of Kaos GL Magazine will delve into the topic of trade unionism with a critique of heteronormativity. 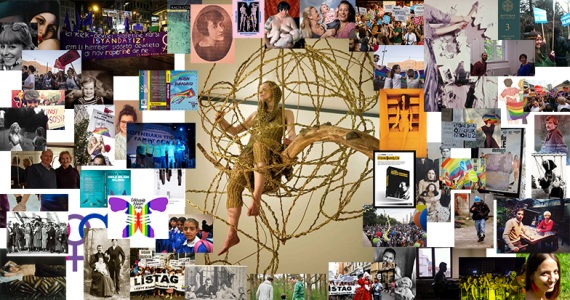 Kaos GL Magazine, the leading LGBTI (lesbian, gay, bisexual, trans, intersex) politics magazine in Turkey, calls for articles for its new issue. January-February 2015 issue of the magazine will delve into the topic of trade unionism with a critique of heteronormativity.
Magazine’s current issue is on "Family"
Magazine’s call for its next issue is as follows:
As indispensable elements of industrial society, trade unions came up with the 18th century, becoming one of the most important parts of the struggle of the working class. Trade unions continue to be one of the powers changing society, and therefore, future as well.
Law on Trade Unions and Collective Bargaining Agreements passed on November 7, 2012 in Turkey defines trade unions as incorporated establishments to protect and develop the common economic and social rights and interests of workers or employers in relation to their work.
However, “the protection and development of common economic and social rights and interests” always requires being heterosexual, which confines gay and bisexual workers into a deep silence. Some of the reasons of this silence are the fear of losing job, exclusion of gays in some fields of work by law and in practice, the fear of being unable to find a new job, stigmatization, humiliation, hindering promotion, loss of status, mobbing or being forced to resign.
Unfortunately, the situation at the workplace resonates in Turkish trade unions due to their heteronormative structures. Therefore, negligence and discrimination grows incrementally.
Kaos GL, in its next issue, will open “Trade Unions and Trade Union Struggle” to discussion in hope of exposing the existing heteronormative structures and reflecting on what we can do about them.
We are waiting for your contributions until December 15 to editor@kaosgl.org