Kaos GL: We are with the academics who call for peace

Kaos GL has made a statement of solidarity with the Academics for Peace who have been called ‘crappy so-called academics’ by Erdoğan. 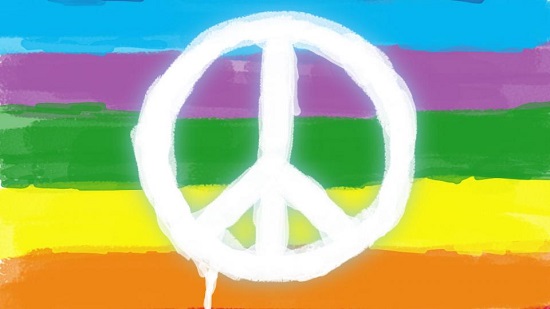 Kaos GL has made a statement of solidarity with the Academics for Peace who have been called “crappy so-called academics” by Erdoğan.

Kaos GL Association has made a statement of solidarity with the academics who have been called “crappy so-called academics” by Erdoğan and against whom the Council of Higher Education (YÖK) has announced to launch investigations.

Kaos GL declared that they support the academics with a written statement who call for peace. By emphasizing social peace which can only be achieved through equality and recognition, Kaos GL has requested negotiation for permanent and equal peace.

Here is the full text of statement:

“We do support the call of academics which was released on 11 January 2016 to State for negotiations on peace.

“We, as Kaos GL Association who has tried to be involved in the struggle of peace for years with “Down with the Undeclared War against LGBTs”, repetitively state our claim to return negotiating in these times just like academics who has become the targets of hate speech because of their desire.

“We think that supporting life and peace are duties for everyone as in the places where every day starts with death such as Sur, Silvan, Nusaybin, Cizre, Silopi and many more of them in which curfews last for weeks under heavy attack from key state figures. This war and violence spiral create a vortex which pulls everyone inside. The only way exit from this vortex is to be united, fighting off together.

Social peace can only be achieved through recognition and equality

“We have a claim which we repeat against the undeclared war against LGBTs: Social peace can only be achieved through recognition and equality. We repeat this claim for everyone in these days in which pressure of war gets heavier. Social peace is as essential and vital for all of us as water and air. The road that leads to peace is between recognition and equality. We will keep requesting these terms for the sake of all disadvantaged groups, marginalized ones.

“We repeat our claim to return negotiating to stop ongoing deaths, to step ahead recognition and equality as academics signed in statement, to fulfil Kurdish people’s desire according to a course of action designed by the State to ensure a permanent peace.

We will not be a part of this war!

Together, to not to die in workplaces and on the roads to work, to be object to impoverishment even to rise against it, to fight against the discrimination aimed to our genders, sexual orientations, creeds, ethnic identity, Kurdish people should be given their Kurdishness back together. Maybe then we can talk the reason why children die, maybe then we can rebuild the world in which we can look directly at our eyes.

“We will not be a part of this war, we will keep supporting life and keep taking responsibility for social peace! For a fair and honorable peace, negotiation process should be taken into account immediately!”