Kaos GL: We urge the authorities to take action against the hate speech leaflets

“We condemn those who wrote, distributed and did not prevent these distributions, and urge the authorities to take action againts these leaflets.” 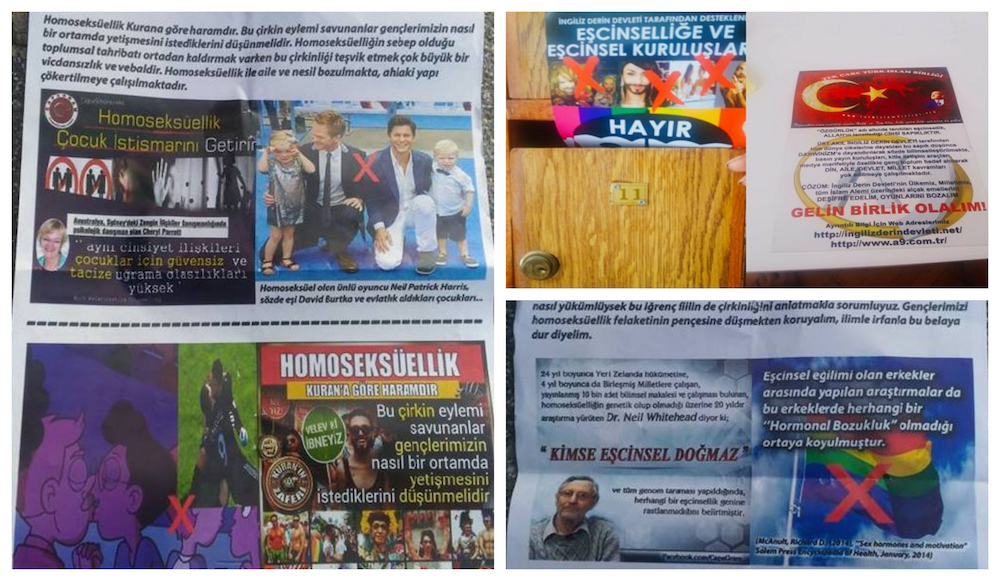 “We condemn those who wrote, distributed and did not prevent these distributions, and urge the authorities to take action againts these leaflets.”

Kaos GL Association has published a press release on the dissemination of leaflets including hate speech against LGBTI+’s in many cities of Turkey last week. The association has called the authorities to act against the hate crime.

Full text of the statement is as follows:

Last week, leaflets and flyers including hate speech against LGBTIs were disseminated in 3 cities of Turkey; Ankara, İzmir and Osmaniye. Common points of those papers distributed in the post boxes or on the streets randomly are to promote homophobic hate crimes and to claim that homosexuality is a disease and a sin for some religions.

In addition to that another surprising common point is not only their content, but their dissemination in many different cities of Turkey at the same time. The leaflets distributed in Ankara also included an address. At the end of the paper, it was signed by “A9 News” and a website called “Shadow government of England”.

In recent years, many hate crimes cases had been considered as ‘freedom of speech’ by The Constitutional Court; therefore, homophobic and transphobic hate speech have increased in the society. We know that due to comfort deriving from such court decisions the number of hate speeches in mainstream media and their scope have also been increasing.

As a result of such protective trend towards hate speeches, suspicious groups started to target and attack LGBTI+’s to justify their illegal acts.

In one hand, we condemn the writers, distributers and the ones who do not prevent the distribution of these papers. On the other hand, we want to draw attention of the society,

Flyers with hate speech in three cities of Turkey