A panel on LGBT in Mardin Artuklu University in Turkey canceled after a pro-Hezbollah news web site denounced it an ‘immoral activity.’ 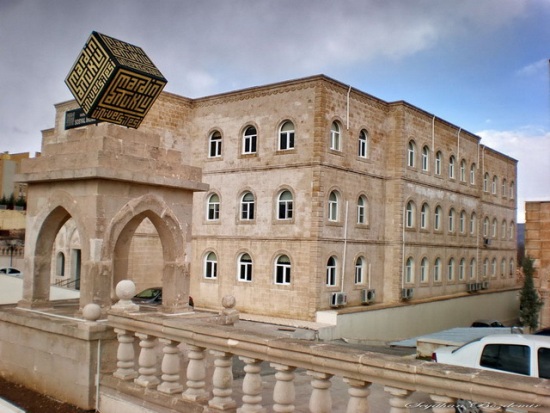 A panel on LGBT in Mardin Artuklu University in Turkey canceled after a pro-Hezbollah news web site denounced it an “immoral activity.” Unsatisfied, the site now starts a campaign against the academician who initiated the panel titled: “that pervert should leave.”
Istanbul. A panel on LGBT issues canceled one day before its start, after a pro-Hezbollah news site announced the event “immoral activity” at Mardin Artuklu University (MAU). The same site targeted Asst. Prof. Dr. Levent Senturk who organized the event stating, “cancellation does not suffice, this pervert should leave the university and the city.” The invitation of the author for him to document his sexual status disturbed the academicians. A group of academicians stated in a written release that “they have been targeted for humiliation and intimidation.”
MAU Department of Architecture decided to organize a conference on LGBT issues on April 17th. Ali Erol of NGO Kaos GL and Prof. Dr. Selcuk Candansayar were expected to make presentations on “Progress of assigning meaning to homosexuality from illness to demanding rights” and “Health, Psychiatry, Ideology of Medicine and Heterosexism” respectively. One day before the planned date of the panel, a news report was published in pro-Hezbollah web site Ilke News Agency titled “What’s the purpose of MAU?” In the report it was claimed, “in an important time period for Muslims, in the Holy Birth Week [celebrations of Mohammad’s birth according to Turkish Department of Religious Affairs-translator’s note] MAU organized an almost immoral conference.” In the same report a statement by pro-Hezbollah organization in Mardin, DOST cited to read: “We regret the fact that the MAU anticipated a panel against decency and the feelings of shame of our people. We condemn this disgusting panel vigorously.”
MAU rectorate cancelled the panel after the news report was published. But the site targeted Asst. Prof. Dr. Levent Senturk from MAU next. An “article” titled “Cancellation not sufficient, that pervert should leave” was published. In the article, it has been argued that Senturk, “known by his views defending homosexuality even he is not brave enough to come out of the closet, is audacious enough not to hide his close relations with homosexual organizations.” The article also claimed that “Senturk was selling snails at a Muslim neighborhood:” [Turkish saying about inappropriate behavior]
“Will the Government and Higher Education Council stay as a spectator against activities to poison the society in the name of personal liberties and do so by utilizing state resources and academic titles? Why did Rector Prof. Dr. Serdar Bedii Onay allowed the misuse of the name of his university for such an absurdity in the first place, while issuing Qadr Night message concurrently? Does he also have an emotional affinity with homosexuals? Him allowing this provocative conference until the last minute while being familiar with religious feelings of Mardin, doesn’t put the whole responsibility on his shoulders? Rector should immediately annul the contract of Senturk who made the university’s name public by this repugnant organization in whole country and send him away off Mardin.”
“We Are Being Intimidated”
12 academicians from MAU Department of Architecture issued a declaration in relation to those publications. In the release it was stated that “it’s a mistake to remain silent against those impositions which destroy the space of academic freedoms. It’s grievous and unlawful to target our faculty, university, our guests, academicians from all over the world who teach here and our students with different ethnic, socio-cultural and religious backgrounds, with a language of hate. Our academic work should not be hindered by hatred, slander and discrimination. Out scientific activities never target a group or people, neither they smear anyone’s values. Nevertheless, as one can observe in the recent events, we are being targeted, humiliated, threatened and intimidated. No one in our organization, which thrives on great effort, altruism and labor, does not deserve the insulting conduct.” (Radikal)