The report released by SPoD, calls on the parliament to create a open and inclusive participatory process for the new constitution. Demands include strong protection against discrimination based on sexual orientation of gender. 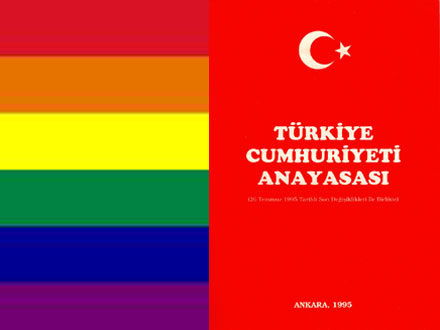 Association of Social Policy, Gender and Sexual Orientation Studies (SPoD) have compiled a number of demands and ideas regarding a new constitution. The report is given to the non-partisan Commission on Constitution at the Turkish Parliament.
Some highlights from the report are as follows:
* Providing a basis for protecting all citizens from all kinds of discrimination, the new constitution must embrace the LGBTs. Constitutional protection is of vital importance for LGBTs struggle against all kinds of discrimination based on sexual orientation or gender and for them to enjoy fundamental human rights.
* In this process, international human rights conventions must be taken as reference. Today, discrimination based on sexual orientation or gender is accepted as an important category on the level of international human rights law.
* The constitution must lean on realities rather than prejudices that are commonplace in Turkish society. Modern medicine, psychiatry and psychology clearly state that homosexuality is not an illness.
* The preparation process of the constitution should not leave out any social group. All political parties, NGOs, unions, universities and citizens would be able to participate in the process. LGBT organizations should be accepted as legitimate participants.
* All juridical and administrative obstacles standing before free speech and participating in this process should be removed. There should be legal guarantees stating that declarations on the issue won’t be prosecuted and existing limitations should be removed.
* The state should prioritize the citizens rights instead of the state or the family. All protection foreseen by international conventions should find a solid and clear base on national level.
* The constitution should commit to the ideal of gender equality and must be written in this manner.
* "Sexual orientation" and "gender" should be included at the article that bans discrimination. The constitution should not in any way imply that fundamental rights and freedoms could be limited with regard to "public morality", "customs" or "public order".
* An independent National Human Rights Institution should be designed as a constitutional and autonomous entity. (bianet)