‘A trans woman has to be flawless’

Ece is a 41-year old dentist and a trans woman. A week ago, she lost her job, because her colleagues refused to work with her. Ece wants everybody to know that there is a trans dentist in Turkey. 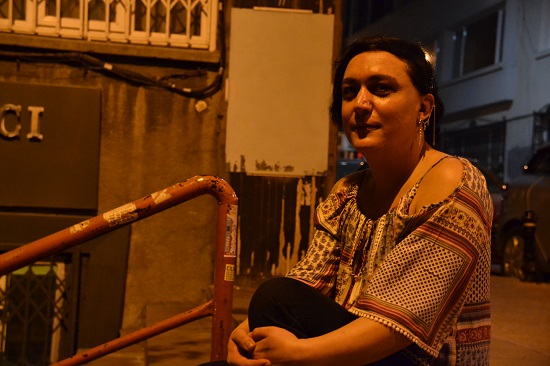 Ece is a 41-year old dentist and a trans woman. A week ago, she lost her job, because her colleagues refused to work with her. Ece wants everybody to know that there is a trans dentist in Turkey.

In Turkey, being a trans woman is associated with one single thing: hate crimes. We associate trans women with bodies ruled by violence and life that resists violence. However, transphobia is not just hate crimes. Discrimination is ordinary and rampant. Making a living, finding accommodation, having access to medical treatment like everybody else are treated like excessive demands when they come from trans people.

Recently I received a phone call about this sort of discrimination. Istanbul LGBTI Solidarity Association told me about a 41-year-old trans woman who recently lost her job. Ece was fired from the clinic where she worked a week ago.

I called Ece and introduced myself. Speaking hurriedly, she told me about herself and what she’d been going through. We scheduled an interview right away.

I first saw her in front of the French Cultural Center. She was sitting next to street musicians and listening to their music while waiting for me. We talked all the way down to Cihangir. She spoke with the palpable excitement of having finally found an audience.

Ece graduated from Marmara University in 2000. Two years later, she started working at the clinic where she was recently fired from:

“No one gave me a job back then except for them. At the time I didn’t understand what was wrong. I thought I couldn’t find a job because I didn’t have experience. The truth turned out to be different.”

Ece continued her work all the while knowing that something was wrong. Then she left for New Zealand, Thailand, the US, and the Netherlands. Back in Turkey, she returned to her former employer.

“The saddest part is not being accepted by my colleagues”

“I went back to my former employer because I had to: they were the only ones who treated me fine. I started immediately and went on for two years. At first, I felt accepted. Then I started putting on makeup. The other girl did too; why wouldn’t I? What mattered was my work. I wanted them to respect me the way I was and approach me knowing who I was. The truth is, no matter what I did, I wasn’t appreciated. Patients picked others over me.

“My colleagues called me ‘Bey’ [‘Mister’]. I asked them not to: I wanted them to simply call me ‘Doctor.’ The patients were confused by this. 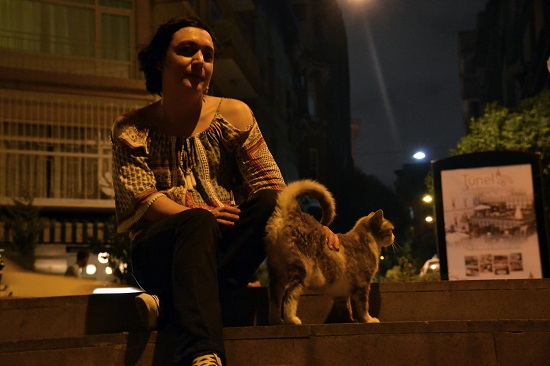 “Finally my boss told me that he couldn’t tolerate the complaints about me anymore. He said we couldn’t work together anymore but it didn’t have anything to do with my work as a doctor. I offered to finish the scheduled work with my patients. He said no. I think the other doctors at work didn’t want me either. And that is the saddest part: that my colleagues would not want to work at the same place as me. I had to leave immediately.”

Ece reminds persistently that she was good at her job and that her boss acknowledged her skills too: “I love my job. I believe that I do it well. I’m certain that I’m not inferior to my colleagues and that I often approach my job more humanely than them. Money has never been the goal for me.”

“Should I become a prostitute at this age?”

Having lost her job due to transphobic pressures, Ece asks if she is supposed to start prostitution for the first time to support herself. She doesn’t know what to do. On the other hand, she says she will start hormonal treatment in a couple of months. Hormonal treatment and the surgery to follow require money, a lot of money…

“I’ve always felt like a woman. I’ve always been trans but I’ve been lied to. Not one person told me that I was trans. And I didn’t consider myself trans either. Being gay and being trans are mixed up often. I think it has to do with the fact that most trans women are forced into prostitution. Even I believed that you weren’t trans if you didn’t do prostitution. Because I wasn’t a prostitute, I felt conflicted.

“I’ve been teased for acting like a girl, I’ve been lonely, I haven’t made friends. When you’re pushed into loneliness, you try turning into a man. I couldn’t see the truth that everybody else could. I’m really angry with myself.

“A trans woman has to be flawless”

I broach the topic of family. Without any reservation, she says she does not talk to them and goes back to discussing her employment:

“I haven’t talked to my family in 4 years. I was tired of hearing that I should get married every time I saw them. They were literally teasing me. My father passed away recently and I kept working even then. Nobody else would do that. I had to do it not to lose my job. Even though I didn’t talk to him, he was my father after all. You could say he was cold and heartless, but it’s more complex than that. A trans woman has to be flawless. Being average is not enough. So I am trying to be flawless. I try to conform to every situation. I even try to conform with my clothes, but I’m at my limit.”

Ece thinks she will face discrimination in any job:

“It won’t be different if I work as a sales clerk. They will tease me, stare at me, giggle, and complain to the boss. Now I understand why people go on to prostitution. I was mad at the people who chose prostitution but I think I understand them now. If you don’t have money, I don’t think there’s anything else for you to do.”

“Is it okay when rock stars do it and not so when I do it?”

“Why am I harmful if I don’t bother anyone? What did I do to you? How have I done harm? Why do you care what I wear? Do I tell you what to wear? Is makeup for women only? Don’t men put makeup on too? Is it okay when rock stars do it and not so when I do it? Do you really have to be a rock star? The thing I want most is to be pretty. Nothing else. Why are they against beauty so much? What’s so wrong if we’re dolled up freely? I’m more comfortable with women’s clothes, that’s all.”

Ece says she stays strong despite everything and she will keep up the fight. I realize at that moment that I’m talking to an Amazon warrior like many other trans women. Her poise and words prove me right:

Ece will continue fighting for her right to work. She will meet with the Chamber of Dentists and look for jobs with her open identity. Time will tell if her colleagues will show solidarity with a woman who has nothing left to lose except for her wish to tell the world that there is a trans dentist in Turkey.