‘After 35 years, I am in university for my usurped right to education’

With trans activist Ebru Kırancı, we talked about her beginning university after 35 years, notes, future plans, and school life. 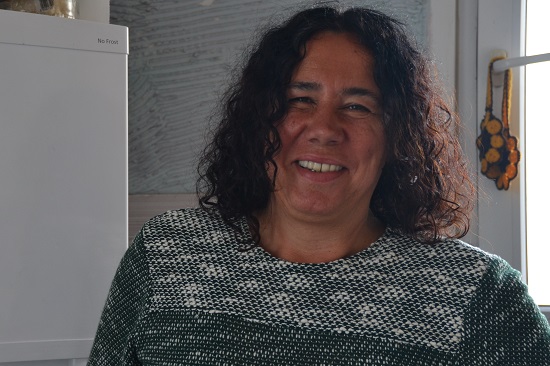 With trans activist Ebru Kırancı, we talked about her beginning university after 35 years, notes, future plans, and school life.

Education is one area of life where discrimination and hatred are felt in the most intense way for many Trans, everything starts in childhood. In the world of pink and blue, many Trans are forced to leave the school under the weight of requesting another option among imposed ones. Universities that are bastions of freedom are also failing when the subject is transgender people with all their diversity.

There is also an issue of age of course. The age of being a student is very limited. After a certain age, it is expected to end the life of studying.

But is the life like that? From unexpected places, unexpected resistances are born. One of these is brought into reality by Ebru Kırancı: a Trans Activist, one of the founders of İstanbul LGBTT Solidarity Association and Trans Guesthouse, fights for human rights of transgender. Beside all these she also does something for herself after 35 years, she goes to university.

“I returned to school after 35 years”

We met Ebru in Trans Guesthouse and talked about her studying experience after a long period. Here is the story of Ebru who says “I returned to school after 35 years. At first, I didn’t even know how to fill those black boxes in exams. Now in the cultural events at the school, my teacher tells other students “there is Ebru in the first class, she knows many people” and we organize activities.”

Firstly I asked Ebru how she decided to return to school. Was it difficult to get prepared for the exams? Why did she want to study after a long time?

“I returned to school and took my right to education back” says Ebru and tells her personal preparation and decision process as follows,

“My dear friend Kıvılcım and my darling Maria encouraged me, I studied a lot, had spasms on my shoulders. I passed YGS exam in 15 days. Not it the first but in the second preference term, I got enough points for Şişli Meslek Yüksekokulu Adalet School. (A pre-law school in Istanbul)

Everything seemed to go alright. But scoring enough was not enough to study at the university. There was a little surprise awaiting Ebru when she went to the school for registration.

The first days of unease and a cigarette break

I ask her the first days, unease in first days.... Ebru says it was a short period and continues;

“First days I was very anxious. I was very reluctant when I use girls’ restroom. Then one day a girl came up to me. 'Do you smoke' she asked. When I said I do, they invited me to smoke on the fire escape. I began to meet there with my classmates. After the first contact, that foreignness and loneliness feelings ended.

“For instance, I have teachers who are lawyers, during the lectures I ask `what kind of a constitution is this` and we start talking. My teachers are awesome, they are really kind to me. For example, I failed in English but I like my teacher very much. We got acquainted with each other in the class. We’re going to show the Trans X documentary.”

Surely not everything goes alright in the school. Ebru gives an example on how sometimes she is discriminated.

“A girl in the restroom blocked my way. She said “go to men’s room”. I said `What you’re talking about honey, I’m transgender” and I entered.

What about your grades, I asked. Ebru said that she is mostly happy with her grades, but she needs to learn how to write on F keyboard.

“In the first year, my grades were low and it started to rise afterwards. If I can’t increase it over 2, I will fail a class. My law grades are very good but I usually fail in literature. This summer I’ll go to summer school and re-take my failed lessons. I also have an F keyboard lesson like a nightmare.”

“You have a trial honey, run now”

What happens when you finish, I asked. She wants to be a lawyer. But she is also good with being a court usher.

“If I finish, I would like to continue to a law school and become a lawyer. While I was talking with one of my teachers I said, “No need to become a lawyer. I’ll be a court usher. “Come on honey, you have a trial now” I joked. My teacher said she could not imagine such a scene. I think this is also an activism.”

“It helps to go to school for myself” says Ebru. I wish her luck and congratulate her struggle to take back her right to education. Who knows? , maybe one day we’ll bump into an usher or a lawyer in Çağlayan Courthouse who says “You have trial honey, run now”.