‘If fags were free, the world would shake up’

20th İstanbul Pride Week had finished with the hope that the demands would diminish next year. Organized for the 10th time, Pride Parade has been the most crowded one ever in İstanbul. 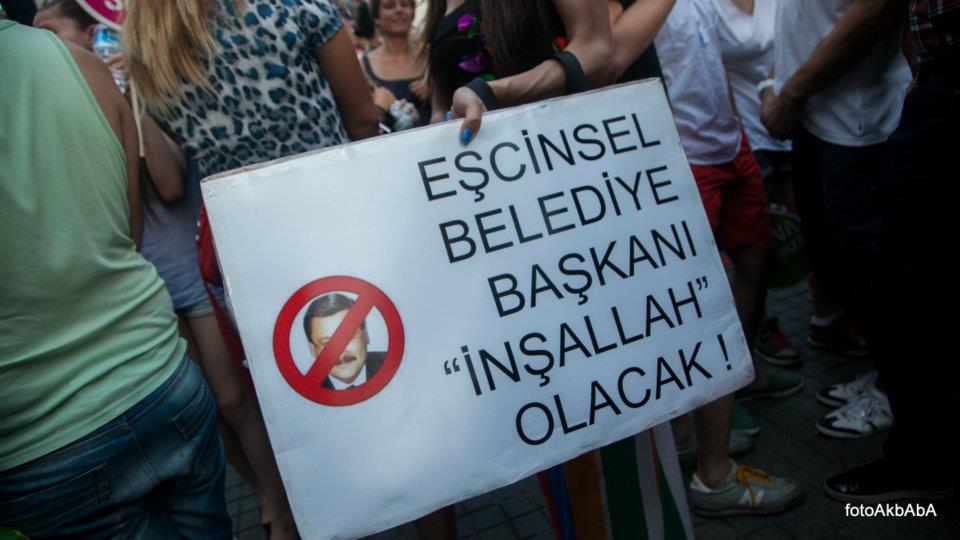 20th İstanbul Pride Week has ended with a pride parade from Taksim Square to Tünel.
Special attention has been drawn for the 10th pride parade to the memory of LGBT rights struggle in Turkey. Besides LGBT organizations and LİSTAG Family Group, feminists, Emekçi Hareket Partisi (EHP – Proletarian Movement Party), Socialist Gay-Bisexual-Transgender Movement, Gökkuşağının Kızılı (Red of the Rainbow) with a banner which reads “Equal Citizenship with Socialism” have joied to the parade. MP from BDP, Sırrı Süreyya Önder, has marched behind the banner of LİSTAG. Moreover, the Keskesor Group from Diyarbakır was also in İstanbul for the 10th Pride Parade.
Thousands of people in the parade shouted out slogans such as “Where is Tayyip (Turkey’s Prime Minister)? Fags are here!”, “Against fascism, long live life!”, “Fag referee, we love you”, “If fags were free, the world would shake up”, “Parliament, Penal Code, stop discriminating”, “Against fascism, legs on shoulders”, “It must be ok that İdris loves Naim, Naim loves Şahin”, “Love and freedom, get away from hatred”, “In schools, in parliament, gays are everywhere”, “Either you like it or not, gays are everywhere”, “What if we are fags, get used to it, we are everywhere”. 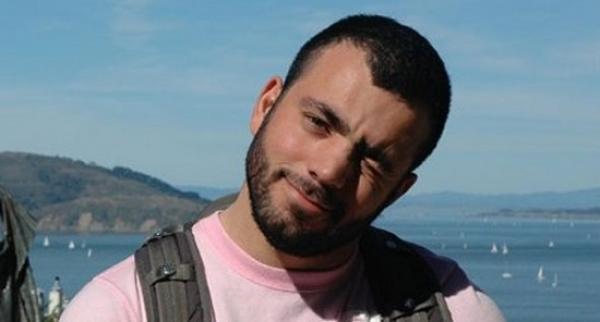 The press release read by İdil Engindeniz Şahan on behalf of the pride parade organizing committee is as follows:
“Those who join the pride parade to support LGBT rights and freedom struggle has risen from 25 to 10 thounsands. 20 years ago, the homes of the organizers had been invaded, participants from abroad had been attempted to be deported, there were custodies. To understand what had been through from then on to now, this year we delved into our memories.
“And we realized that our memories are filled with so much pain, massacres and anger, but also with solidarity and love. On the one hand, when Ülker, Sormagir, Eryaman or Maltepe is mentioned, we remember our friends who had been killed or harassed. On the other hand, we get proud as we see the LGBT initiatives we formed by saying “love is to get organized”, we see what we gained.
“However, the struggle is not over. There is no change in the heteronormative, masculine, harrassing, violent and hateful rhetoric of the state, and conservatism is being added up to them.
“We have a long way to go. Wish to gather again next year with diminished demands. Without you we are less.”

Demands of LGBTs have been listed as follows:
*We want our constitutional equality to be ensured as hate rhetoric threatens our right to live. We demand the hate crime law to encompass sexual orientation and gender identity.
*We don’t want the police that pick up transgenders, harrass gays and lesbians for promotion; we don’t want the current scoring system and new nightsticks on our bodies!
* Sex work is a way of labor and should be guaranteed. To avoid obligatory sex work discrimination in personnel hiring should be ended.
*We demand a change in the current procedure of gender reassignment which announces us unhealthy, requires the approval of a few people, puts too much pressure on us. We demand the abolishment of color difference for genders on IDs.