‘LGBTI rights is not a matter of right or left; it’s about human rights!’

The bell rings and LGBTIs meet at the ‘Politics School’ for political participation. School participants share their thoughts with kaosGL.org.

The bell rings and LGBTIs meet at the “Politics School” for political participation. School participants share their thoughts with kaosGL.org.
SPoD LGBTI (Social Policy, Gender Identity and Sexual Orientation Studies Association) is running a campaign entitled “LGBTIs in the Parliament” which includes the “Politics School” that took place in early March in Istanbul.
As parliamentary elections approach, LGBTI activists from around Turkey are discussing politics with a view as to insert LGBTI rights into current political agendas. The Politics School thus housed rigorous and constructive debate in which political party representatives also partake to provide information about their projects.
We requested from activists who participated in the Politics School to describe for us both the discussions that took place at the school and the kinds of struggles they are engaged in at their respective local contexts. We asked them about how the LGBTI movement’s years- worth of struggle in relation to rights and freedoms is reflected on politics and the political field. 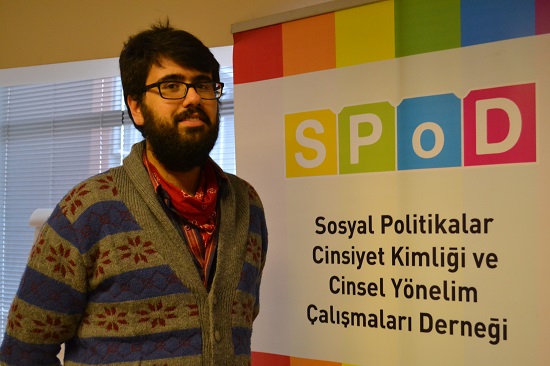 “Sharing experiences is empowering”
Ozan Ugur (Platform against Homophobia and Transphobia in Kars): “I think that it is crucial for LGBTIs to find representation in the parliament in the upcoming term. I am also actively involved in politics through the HDP [Peoples’ Democratic Party] and therefore the Politics School is significant for me. This project is very important both in relation to the LGBTI rights struggles we are engaged in together with the HDP affiliated municipal assembly members in Kars and in terms of learning about friends’ experiences in other cities.”
“We are rather deprived of many things in Kars because the city is small and quite remote. We have been fighting in Kars for four years. We have hosted one of Kaos GL’s ‘Local Meetings against Homophobia.’ We keep distributing publications but we experience difficulties due to being located in such a small and remote town. Since this is a small town there are many candidates for nomination during this process leading up to the parliamentary elections. Candidacy for nomination has turned into an illicit income scheme. The atmosphere in Kars is both tense and active before the elections.”
“The Politics School has been working well so far. It’s true that some discussions remain unconcluded but the project is productive in terms of sharing experiences. It has also been very helpful to be able to listen to Sedef Cakmak’s experiences at the school since she became a municipal assembly member in Besiktas as the school was in operation.”
“We can’t support a political party only because they defend LGBTI rights”
Loren Elva (Dersim Rostiya Asme [Moonlight] LGBTI): “We also participated in the school that was organized before the local elections last year and we found it to be very productive. I think of ‘visibility’ when I hear ‘LGBTI and politics.’ With the increased visibility of the LGBTI struggle in the past few years, we have begun to see more candidate nominations. This was the case in the most recent local elections and it’s true right now as the parliamentary elections approach. This has to do with visibility.”
“The time has come for there to be an openly LGBTI member in the parliament and this person must come out of the LGBTI movement. I also think that this person’s political point of view would be important besides other components of their identity. We can’t support someone only because they are LGBTI. What matters is how much they will ultimately represent us. At the school there are political party debates revolving around the CHP [Republican People’s Party] and HDP but we can’t offer support for a political party or a candidate just because they defend LGBTI rights. A party that protects LGBTI rights may not defend Kurdish rights. It would not be justified to support a party only because they support LGBTI rights, if for example it does not care about problems in Kurdistan, fight against dams or high security police stations or pay attention to work and labor related issues.” 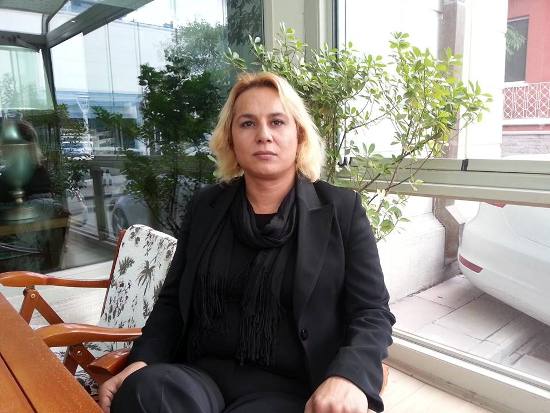 “The LGBTI struggle was able to push politicians to open up a space”
Buse Kilickaya (Ankara Pink Life Association): “We organize to fight for LGBTI and especially trans rights. Currently, I am involved in lobbying activities for our rights and that is why I began to participate in these meetings. I think that all discussions are fruitful. I find the discussions at the school helpful. The process, which started in the previous years, will lead to the increased active involvement of LGBTIs in politics. These kinds of projects need to continue especially in order for us to get to know politicians.”
“The involvement of politics in LGBTI issues is nothing new. There was always a certain political stance within the LGBTI movement. However, the sphere of politics has been hesitant in terms of including LGBTIs and until recently, we were unable to proceed. But after all these years, the LGBTI struggle was able to push politicians to open up a space for inclusion. This is success.”
“It’s possible to date relations with the political sphere back to the first days of the LGBTI movement. However, I for instance was actively involved in politics through the DEHAP [Democratic People’s Party – dissolved in 2005] in the 2000s. We proposed to include in the party statute a statement about fighting against discrimination based on ‘sexual orientation and gender identity.’ As such, 2003 saw the establishment of a certain convention at the DEHAP in regard to LGBTI rights, which carried on to its consecutive parties. All of these success stories products of struggles.” 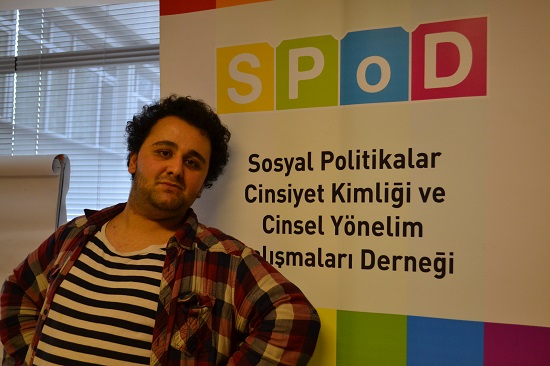 “LGBTI rights is not a matter of right or left; it’s about human rights!”
Emir Eyup Coban (The Malatya Youth Initiative against Homophobia and Transphobia): “I was not able to attend the previous Politics School but listening to friends who did attend, I came to understand how valuable their activities were. I wanted to be a part of it. I came to the school in order to improve my political awareness.”
“When I hear ‘politics’, I think about realizing and actually experiencing the slogan ‘Gays are everywhere, at school, at work and, at the parliament’ in our lives. We have almost approached the end of the Politics School. For me, what has been most important was to meet with CHP deputies and HDP executives. I realized that it would be very difficult for me to get my message across to the CHP and that I would not be able to fight together with them. We had the opportunity to inquire into some of [presidential candidate] Ekmeleddin Ihsanoglu’s declarations including his answer to a question about gays where he said that ‘the society has some sensitivities’ and his slogan putting forth that ‘homophobia is not a universal issue.’ I was disappointed with the replies we received. Basically we were told something to the effect of ‘There are leftist LGBTIs but there are also rightist LGBTs who could potentially vote for Ekmeleddin Ihsanoglu.’ I was disappointed because LGBTI rights are human rights. This is not about being leftist or rightist. A joint struggle cannot proceed otherwise.”
“If we can overcome the problem of visibility, we can overcome other problems too”
Dogan, Iskenderun: “I have no idea about politics. I am entirely apolitical. During times of election, I listen to what each party has to say and then I cast my vote. The reason why I came here is because I wanted to learn more about politics. We had to read many articles towards participating in the school and that was important for me.”
“Visibility is a very important issue for us. I think that we would be able to overcome many other problems if we could overcome this problem of visibility. If there was a LGBTI deputy in the parliament, we would be able to make our voices heard just like other groups. The LGBTI struggle continues with organizations like Kaos GL and SPoD but I feel like all of it is useless unless we have representation in the parliament. Sure it’s important to organize through NGOs but it’s crucial to be included in the parliament.”
Ozan Ozbir (Antep Zeugmadi LGBTI): “We continue our political activities in Antep. For example, before the local elections we held interviews with political parties and we broadcasted them. The AKP [Justice and Development Party], CHP and MHP [Nationalist Movement Party] refused to give us interviews so we conducted interviews with other political parties. For the local elections, the HDP asked us to present a candidate but we couldn’t because of the age limitation. The HDP had the same request from us for the parliamentary elections but we couldn’t present a candidate nominee. I think that visibility is crucial in terms of political engagement.”
Translation: LGBTI News Turkey