‘The party defending LGBTI rights has increased its votes’ 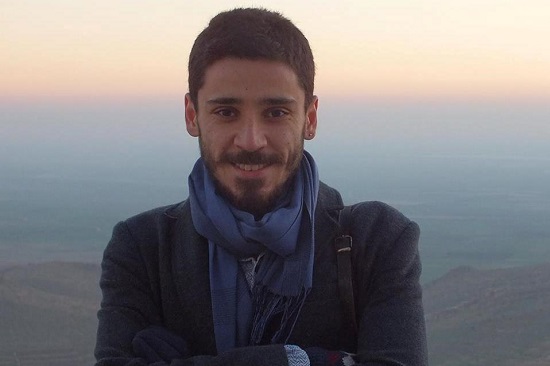 Cihan Erdal, member of Peoples’ Democratic Party (HDP) Central Executive Committee, has evaluated results of the election by claiming that “this achievement also belongs to LGBTI people, we have now eighty MPs to defend LGBTI rights.”
Peoples’ Democratic Party (HDP) stating one of the main issues of  its election campaign on LGBTI rights has passed %10 election threshold by using the discourse of “We are the Rainbow’’. Reaching out %13 of the votes, achieving great success and being able to have eighty representatives in the parliament has been evaluated by the member of HDP Central Executive Committee, LGBTI activist Cihan Erdal to KaosGL.org.
“The party defending the rights of LGBTI has increased its votes”
Remembering that on the achievement of HDP; activists and LGBTI entities participating in People’s Democratic Congress (HDK) had a great role, Erdal said “A party defending LGBTI rights openly, proposing and promoting LGBTI equality and freedom on its election program with a different chapter in a very comprehensive way has increased its votes and passed election threshold.”
“We have achieved, Rainbow have achieved”
Indicating that defending LGBTI rights has been proved again not to cause losing votes, Erdal has talked about the election process in this way:
“From now on, we have eighty representatives in the parliament will be working like LGBTI activists and defending LGBTI rights without any doubt. We are saying what we have said about our 550 candidates before the election; for now eighty representatives with mind at peace. We have achieved, Rainbow has achieved.”
“Diyarbakır has given the necessary answer against black propaganda”
“Our party has been the target due to defending the rights of LGBTI especially over the last week  and it has been exposed to homophobic hate crime. In the same way, our approach to Armenian genocide and our statements toward Religious Affairs Administration has been turned into a black propaganda. Especially in Diyarbakır, they delivered notices anonymously. However, Diyarbakır has given the necessary answer with eighty percent of the votes. They basically said ‘We do not accept your lies and tricks.”
Translated by Simge Şirin
Related news: Turkish elections: 80 MPs from the pro-gay HDP will be in the Parliament