Counseling Center for Transgender People (T-Der) made a call regarding trans people whose gender identity does not match the color of their ID before the local elections to be held on March 30. 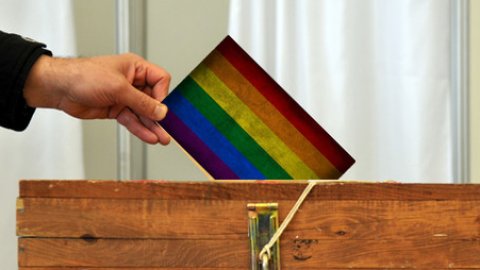 Counseling Center for Transgender People (T-Der) made a call regarding trans people whose gender identity does not match the color of their ID before the local elections to be held on March 30.
As Turkey enforces blue and pink ID cards for its male and female citizens, T-Der emphasized trans people’s right to vote without being discriminated with the following statement:
In order for the March 30 2014 local elections to occur in a democratic environment, special measures need to be taken for women, disabled, illiterate, elderly, lesbian, gay, bisexual, intersex – and especially transgender people – to be able to benefit from their right to vote in the same way as everyone else.
Some transgender people have a problem because their gender identity does not match the color of their ID and this is an issue we –Counseling Center for Transgender People (T-Der) – wanted to draw to your attention to.
Most transgender people – who either started the gender transition process, as arranged by Article 40 of Turkish Civil Law, or those whose processes are still ongoing – are facing a variety of difficulties in public institutions because of the difference between their gender identity and the color of their ID.
They consciously choose not to vote because they think they will encounter discriminatory practices during the voting process, in the same way they are forced to choose the color of their ID. On the other hand, if they have the courage to go to the polls in order to vote, they are prevented from voting through the excuse that their gender identity and ID color do not match.
For these reasons, for a livable city, transgender people’s opinions must find their match at the polls, and it is urgent that a number of measures be taken by non-governmental organizations and political parties, starting with the High Committee for Elections (YSK), in order for trans individuals to be able to vote.
YSK staff training needs to take this issue into consideration, and LGBTI activists should support their peers at the polls.
On Sunday, March 30 2014, for the trans individuals who are concerned of being exposed to discrimination and who hesitate to vote, T-Der invites everyone to be sensitive about this issue, and we are inviting trans individuals to vote by using their right stated in Article 67 of the Constitution titled, “Electing, to be Elected and Participating in Political Events.”
*Turkish Civil Law, Article 40: A person who wants to change their gender can apply in person to the court in order to be granted permission to change their gender. However, in order to be granted permission, the applicant should be over 18 years old and unmarried; and should document their transsexuality, the necessity of gender reassignment for their mental health, and the permanent lack of reproductive abilities through an official health committee report obtained from an education and research hospital. In the event that the person can verify that the gender reassignment surgery is conducted under health standards through an official health committee report, the court will decide to put forth the necessary changes in the population (ID) records.
Translation: LGBTI News Turkey