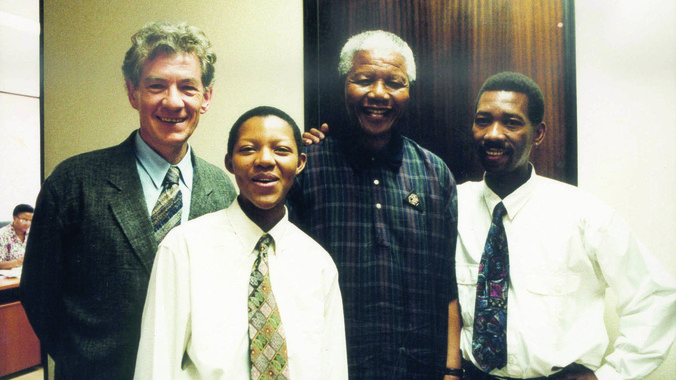 From the Mail & Guardian of, Phumi Mtetwa discusses Nelson Mandela’s role in facilitating LGBTI rights in South Africa through encouraging dialogue.
“Oliver Tambo thetha noBotha akhulul’ Mandela / u Mandela azobusa… [Oliver Tambo speak to Botha to release Mandela to rule!"]
Many anti-apartheid activists of my generation sang this song, along with others. I can still feel the yearning for freedom, which we believed Nelson Mandela’s ascent to the presidency would bring.
And so, on the eve of his release, we marched and danced in the streets of KwaThema; the next day we watched on big screens as he walked out of prison, raising his fist. For many of us that was the first taste of how freedom felt – and our struggles seemed closer to an end.
On April 27 1994 we voted for the ANC and for Mandela as South Africa’s first democratically elected president. In May that year, on the occasion of the opening of Parliament, Mandela said: “We must construct that people-centred society of freedom in such a manner that it guarantees the political liberties and the human rights of all our citizens.”
Encouraged by many calls to build a new South Africa, about 70 lesbian, gay and human rights organisations launched the South African National Coalition for Gay and Lesbian Equality (NCGLE) in Johannesburg in December 1994. This new formation had the objective of guaranteeing equal rights for all, regardless of sexual orientation, in the country’s new Constitution and legislation. The coalition’s strategy was informed by the diversity of its constituency and in recognition of all forms of oppression. It thus campaigned for equality for all.
This significant moment in the history of gay and lesbian organising in South Africa had its roots in the anti-apartheid struggles, in which many openly gay and lesbian people were active. It was also a moment for the majority in South Africa collectively to define the nature of the way  we relate to each other as a people, informed by a past filled with exclusion, oppression, discrimination and violence.
Discriminatory conditions
The wider ANC movement, at home and abroad, had been challenged to discuss homosexuality openly and explicitly, and to adopt policies that protected lesbian, gay, bisexual, transgender and intersex (LGBTI) people.
The 1993 interim constitution had the equality clause, which recognised a range of discriminatory conditions and identities by means of which South Africans were excluded. Sexual orientation was one of them.
The coalition saw the significance of the ANC’s commitments to human rights, and of what Mandela implied in his presidential address in 1994: that the Bill of Rights, as endorsed by the ANC in 1990, encodes principles that “speak of a [an] … order in which, regardless of colour, gender, religion, political opinion or sexual orientation, the law will provide for the equal protection of all citizens.”
A coalition delegation (Simon Nkoli, British actor Sir Ian McKellen and myself) met President Mandela in February 1995, at the ANC’s then headquarters, to acknowledge the organisation’s commitment to equality, and to reiterate the importance of ensuring that it lived up to that commitment and presented the aspirations of many lesbian and gay people, organised as the NCGLE.
Mandela’s presidency was one of constitutional and legal reform. In 1996, when the final Constitution was adopted, we could continue to celebrate the equality clause and the Bill of Rights. 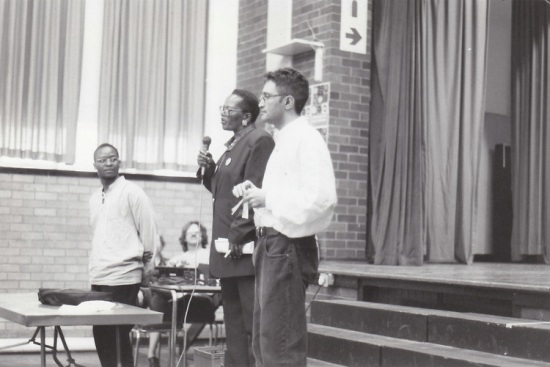 The NCGLE, until it was disbanded in 1999, then the Lesbian and Gay Equality Project, and then the LGBTI Joint Working Group and their member organisations, worked on legal reforms such as the recognition of same-sex partnerships and marriage. This latter campaign was successful in 2006, when Parliament passed the Civil Union Bill. That is one instance of widely celebrated processes and results attributable to Mandela’s vision of South Africa as the “rainbow nation”.
Basis of sexual orientation
At the ANC’s 50th congress, in 1997, the party adopted a resolution opposing discrimination on the basis of sexual orientation. This resolution drew on the party’s 1993 “Ready to Govern” document, which had included support for equality for LGBTI South Africans, committing the ANC to public representation of LGBTI people, and calling for ­programmes to counter anti-gay prejudice and to promote equality in the organisation.
The importance of these victories was huge. Many people came out. The oldest Pride march in Africa (Johannesburg’s) no longer included faces hooded with brown paper bags!
The legal gains helped to reverse discriminatory practices. Mandela became an important icon of the movement, in contrast to homophobic leaders such as Zimbabwe’s Robert Mugabe, Namibia’s Sam Nujoma and Uganda’s Yoweri Museveni.
Mandela came from a political tradition that encouraged debate, and provided leadership of a kind seldom seen now in Africa. He lived up to his name, Dalibhunga – “convenor of the dialogue”. He courageously listened and positioned his views according to the principles he stood for, even if they were unpopular.
He knew there were threats to freedom and equality. He knew legislative changes would not eliminate social and economic oppression and exclusion. He did not, however, upset the political and economic structure at the core of inequality and, in turn, of rising homophobic and other violence, misogyny and other forms of scapegoating of the impoverished by the impoverished.
These are issues the ANC should address urgently to rectify the contradiction of advancing a sociopolitical vision such as Mandela’s without reconstructing the political-economic structure.
As a queer activist I will remember uTatu Dalibhunga for the dreams of freedom he symbolised. This, for me, offers renewed inspiration to continue to challenge neocolonialism and capitalism. I will defend South Africa’s Bill of Rights and struggle to make the government deliver on its promises. I will struggle against the hate waged against LGBTI people and nationals from other African countries who are living here. I will struggle against inequality, patriarchy, misogyny and racism. I will struggle against tribalism, nationalism and fundamentalism.
Many LGBTI people across the world celebrate Pride on the last weekend of June. In several South African cities and townships, Pride happens throughout the year! I hope that at all such events, with rainbow flags flying high, we celebrate one of the freedom movement’s greatest icons, and that we reflect and build on Mandela’s insight: “To be free is not merely to cast off one’s chains, but to live in a way that respects and enhances the freedom of others.”
Phumi Mtetwa is a co-founder of the NCGLE and former executive director of the Lesbian and Gay Equality Project