Members of the European Parliament head to Belgrade Pride

Marije Cornelissen, Jelko Kacin and Keith Taylor will meet with organisers, the LGBT community, and the EU Delegation to Serbia. 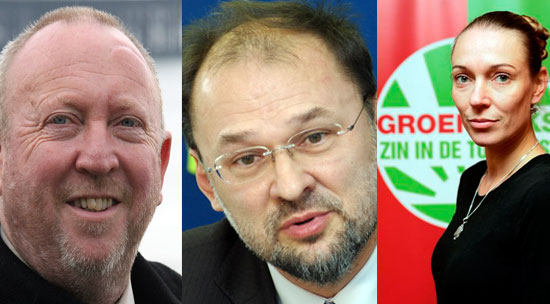 Three Members of the European Parliament will attend this year’s Belgrade Pride. Marije Cornelissen, Jelko Kacin and Keith Taylor will meet with organisers, the LGBT community, and the EU Delegation to Serbia. After a week of events, the pride march will take place on Saturday 6th October.
The European Parliament has closely followed developments in Serbia, and regularly called on the Serbian Republic to ensure all non-governmental organisations can safely organise public demonstrations. While Belgrade Pride took place safely in 2010, public infrastructures sustained heavy material damage. As a result, the event wasbanned from taking place in 2011. Three members of the Intergroup on LGBT Rights will head to Belgrade.
Marije Cornelissen MEP (Greens/Netherlands), long-time supporter of LGBT rights in the Western Balkans, declared: “I know Serbians are open, tolerant and dedicated to a fair society. I have visited many times, including at Belgrade Pride 2010, and I look forward to a peaceful event.”
“I started a virtual pride march to support the participants of Belgrade Pride. The values that will be highlighted on 6th October are European, and Serbia fully belongs in Europe.”
Jelko Kacin MEP (Liberals/Slovenia), Rapporteur for Serbia, added: “Serbia has achieved an admirable level of protection of minorities’ rights, but LGBT people are still among vulnerable groups. Last year, Serbian authorities banned the event with the pretence of high security risks. This year, the Serbian government will have the opportunity to right this wrong.”
“We know the Serbian police and judiciary have the capacity to protect any demonstration in support of the minorities, and we will do our part by walking the streets of Belgrade along with Serbian citizens of every walk of life.”
And Keith Taylor MEP (Greens/UK) will convey a message of support from the Mayor of Brighton, a south-eastern British city known for its annual LGBT pride event. “This year we held our 20th annual pride in Brighton and Hove. It has been a long and steady progress for us, and working alongside the police and health authorities we see real benefits from a greater integration of LGBT people in our city.”
“I will bring a formal letter from the Mayor of Brighton, as well as a token of appreciation to Dragan Djilas, the Mayor of Belgrade.”