Montenegrin Delegation for the First Time on LGBT EuroGames

The representatives of Montenegro made a noticed success on the numerous workshops and forums which were held as a part of the Games. 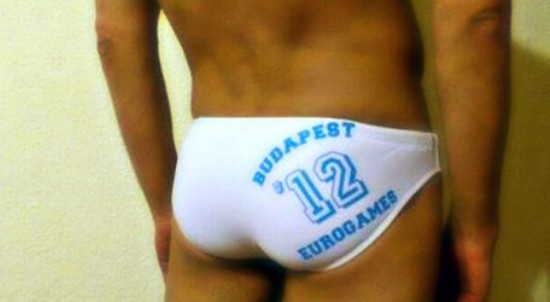 “EuroGames”, the largest European LGBT sport manifestation in which for the first time the Montenegrin delegation took part, took place in Budapest between the 27th of June and the 1st of July of 2012. This year’s EuroGames, which basically represent the European equivalent to the Olympic Games are officially supported by the International Olympic committee and by the upcoming Olympic games in London.
European games, which are traditionally organized by the European gay and lesbian sport federation (EGLSF) together with local LGBT groups gathered around  4000 athletes and 2000 sport workers, LGBT activists and the supporters of the equality of LGBT persons in sport and in the society.
Sponsored by the Government of Montenegro, athletes, assembled trough the LGBT Forum Progress, the only public LGBT organization in Montenegro, took part in various different sports. Considering the limited resources and the development of the LGBT community the representatives of Montenegro achieved great results. Bronze medals were won in handball, running and chess. Fourth place was won in volleyball. The volleyball player of the LGBT Forum Progress was also named the best middle player.
The representatives of Montenegro also made a noticed success on the numerous workshops and forums which were held as a part of the Games. The participation of the athlete delegation of the LGBT Forum Progress and the support of the Montenegrin Government to the performance on this extremely important sport competition represents the opportunity for Montenegro, to once again, on the Pan-European level, shows its determination to establish democracy and the European identity and also to the adherence to the values of the tolerance and equality.
LGBT Forum Progress as the full member of the EGLSF addressed the letter if the intention for applying for the host of EuroGames. It would be an outstanding sport, tourists, developmental and economic chance for Montenegro. LGBT Forum Progress will  through its gradual development, work on it with devotion. The organizers of the previous games reported that the city of Budapest made several millions of Euros, and the calculation was made on the minimal spending estimation of only 50 Euros per person per day.