Muslim LGBTs in Europe released a letter to condemn violence that are initiated after the publication of films and cartoons which target Islam and Prophet Muhammad. 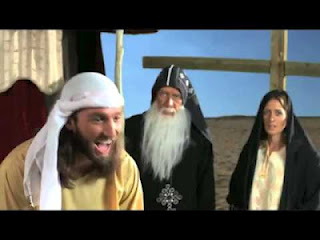 The press release of the Muslim LGBTs in Europe can be found below:
Progressive Muslims condemn violence that only tend to confirm insulting and provocative caricatures towards Islam and Prophet Muhammad.
Numbers of progressive Muslims around the world have reaffirmed their position on freedom of expression, condemning the acts of violence committed by extremists, in response to a movie and cartoons that they think openly insult Islam and the holy Prophet Muhammad. Numbers of progressive Muslims around the world can only observe the fact that insulting the Prophet Muhammad is equivalent, for most of Muslims, to insulting a family member.
We have yet to keep calm and follow the example of our beloved Prophet, since he faced direct persecutions, never reacting violently though. In fact according to a well-known story, there was a woman in Makah who dump garbage at his door, put thorns on his path and even poured manure on his head while Muhammad was praying. He never responded by anger or violence on the contrary, when he noticed the absence of the woman who tormented him, he visited her house, find out that she was ill and wished her a prompt recovery.
It is necessary to contrast the above example of our revered Prophet and actions of extremist groups today, certainly initiated in response to movies and cartoons about which it was openly stated they have been made to provoke, insult and even to be "naughty"; commercial, opportunists provocations indeed. Yet it is clear, according to same style affairs in the recent past, that the best response to such provocations is the absence of violent reactions which, otherwise, would tend to confirm the insulting cartoons towards our Prophet. Moreover the violence, committed by this tiny minority who claim herself from Islam and unfortunately too much talked about in the international media, are contrary to the Qur’anic ethics and the example of peace and righteousness of our Prophet.
Despite the insults and provocations
This is why many progressive Muslims around the world, despite the insults and provocations, upholds the principle of free speech, whether political, artistic, social or religious, even when that expression may be offensive and that dissent may be considered blasphemous. We, progressive Muslims around the world, are now more likely to say very clearly that no country should be subject to violent attacks, neither any individual legally prosecuted, imprisoned, detained or physically punished for a statement promoting unpopular views or even diffusion of bad taste literary or humorous work.
Today it is clear that no one can erase these caricatures; nevertheless and foremost it is our responsibility to seize this new opportunity, instead of dissipating our energies in favor of intolerant or provocative extremists, to come together around common values perfectly compatible with Islamic virtues carried by the concept of individual freedom, despite what extremists from one side or another could say or do. The vast majority of Muslims of good will may seize this latest provocation to question about this weakness of ours, which consists in the fact that a tiny extremist minority, from one side or another, could so easily be able to pose on us and our faith in a universal and peaceful Islam, ignoble suspicions of complacency with patriarchal, unjust violence, we are an overwhelming majority to condemn unanimously calling today for peace.
Released by:
HM2F - Homosexual Muslims of France
MPV - American & European Muslims for Progressive Values
INIMuslim - International Network for Inclusive Muslims
CALEM - Confederation of Associations LGBT, European or Muslim