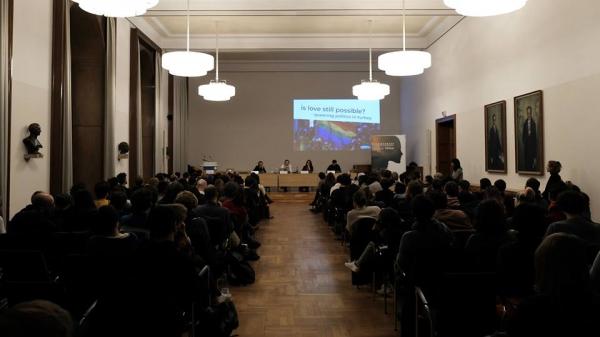 In the moderation of Begüm Başdaş from Humboldt University, Chief Editor of Kaos GL Magazine Aylime Aslı Demir, Reyda Ergün from Kadir Has University and Yener Bayramoğlu from Alice Solomon Hochschule Berlin were the panelists in the event.

As the first speaker of the event, Yener Bayramoğlu told about the situation of LGBTI+ subjects during the oppressive regimes of Turkey and made a comparison with past and present. Giving examples from the military coup period in 12th of September 1980, Bayramoğlu stated that oppressive regimes generally lead queer movement to create new visibility and activism areas.

Beyond pessimism and utopias

Reyda Ergün gave a more theoretical background on the issue, and address “if queer theory and practices may provide a possibility for a critical methodology that lead us to think beyond pessimism and utopias”. Ergün emphasized the emergency of finding the coping strategies with pessimism in such an anti-democratic political atmosphere. 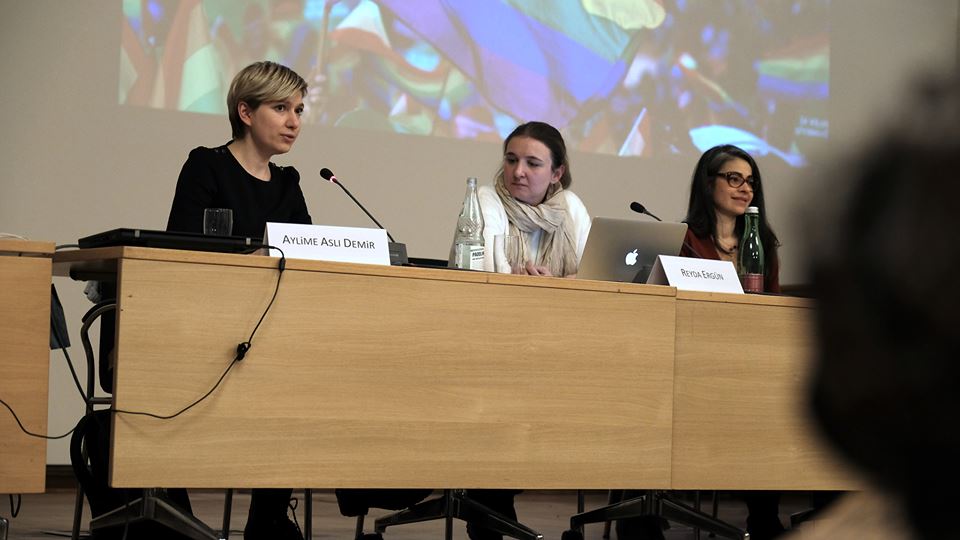 Aylime Aslı Demir told that right-wing populism criminalizes the activism tools of LGBTI+ movement, and reminded LGBTI+ activism in the period of state of emergency when was one of the most oppressive times for LGBTI+s in Turkey.  Instead of demanding rights  only through legal ways, Demir suggested queer politics and its implications in Turkey.