Police attacked the protest against LGBTI+ phobia and arrests in Boğaziçi, more than a hundred students were detained. The demonstrations continue on social media with the hashtags #AşağıBakmayacağız (We will not look down) and #BoğaziçiAblukada (Boğaziçi under siege). 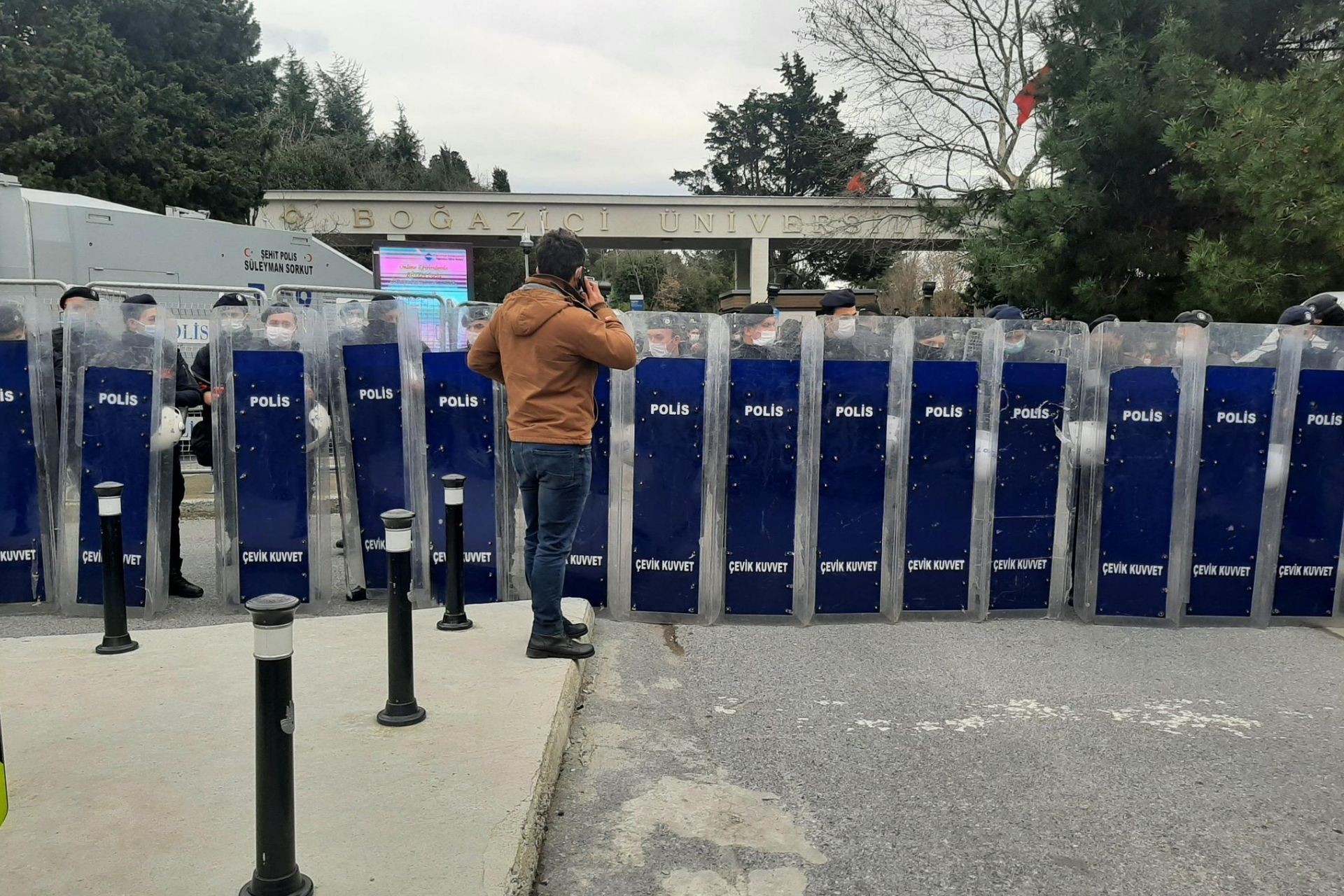 Police attacked the students in Etiler and Bebek neighborhoods in addition to the attack at the south gate of the university. The detainments were carried out by excessive violence. More than a hundred students were detained. Att. Ezgi Önalan is also among the detainees. They will be taken to the Vatan Police Station after the health checks.

After the school was blockaded and the Boğaziçi University students were prevented from going outside by the police, the students gathered around the Rectorate building and shouted "Resign". Students request a meeting with Melih Bulu. Security personnel inside the campus attacked the students. 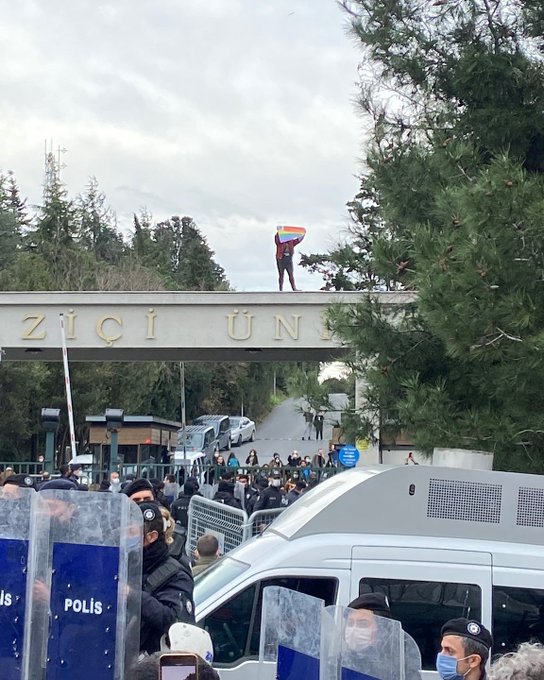 The rainbow flag during the police blockade on the Boğaziçi was among the most shared images on social media.